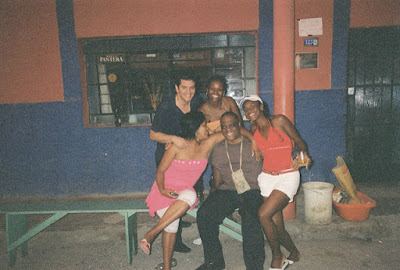 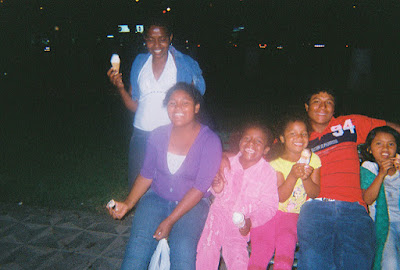 
Posted by W Bill Smith at 5:53 AM No comments: Links to this post

Pride and Shame in the Spanish Language 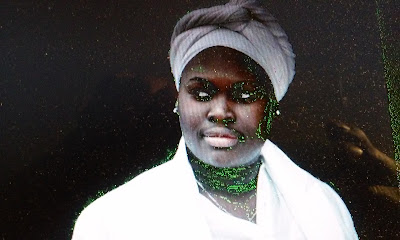 I found Miami's Cuban community to be very proud of their Spanish language, unlike many of those I meet of other Spanish-speaking nationalities.


Judge Mathis, in one of his TV shows, berated a  couple of Latinos; one a plaintiff, the other a defendant, for trying to be undercover with their Latin-American heritage. He, like I, could not understand why so many Latinos seem to lack the “say it loud,  I'm proud of my language and culture” attitude.

A Nicaraguan immigrant complained to me that when she lived in Los Angeles, she would approach Latinos speaking Spanish, and they would respond to her in English asserting they are “Americans,” and don't speak Spanish. I'm thinking, uhhhhhhh!... who says Americans should only speak one language in this small multicultural world?

I once read a blog of a Latin-American woman in Arizona expressing her displeasure for receiving business mail in Spanish even though she she reads and speaks it fluently. I had to post a comment on her blog stating that you have people all over the country, including I, who are knocking themselves out to reach her level of proficiency, and here she is, blessed with two languages, and she has a problem with people addressing her in one; Spanish.

Having grown up, lived, and worked in multicultural cities like New York, Oakland, and San Francisco, respectively; I enjoyed engaging with so many people of different languages and cultures that I lost count of how many.

I can meet, greet, and trip people out in about 10 or 11 different languages and dialects. And since recently returning to New York to live, I came in contact with a large French West African community,  and have started addressing them in French.

The first time I greeted French speaking people in their language, they, unlike so many Spanish speakers I meet got very excited and delighted that I, at least, try. The Spanish speakers, on the other hand, unless they are monolingual, take offense and answer me in English.  I can’t wait to resume my travels to Latin America so I can be totally immersed in Spanish again.

What I love about the Miami Cuban population is that they, like the French, are very proud of their language, and prefer that we speak to them in Spanish over English.

One time I walked into a Cuban restaurant where they knew I was not Cuban, and struggled to ask, “can I help you?” When I began ordering in Spanish, they and the customers suddenly reacted as though I were one of them even though I don't speak Spanish with a Cuban accent.

An Afro Cuban business owner could not believe his ears as he was pleasantly surprised to meet a black American who can converse in Spanish.  He was telling me that he "wished" more black Americans would try to learn the language. He expressed a desire to hire a black American for his business, but he must have the ability to speak Spanish and serve his predominately Latin-American customers.

However, even in Miami, I can tell 95% of the time when a Spanish speaker is not Cuban because once they realize I'm American, they switch to the conversation to English. Cubans, on the other hand, are always ready to roll with their Spanish if I can keep up.
Posted by W Bill Smith at 7:56 AM No comments: Links to this post 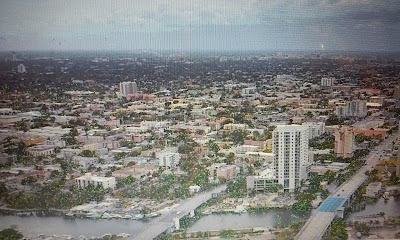 When I first visited Little Havana escorted by an Afro-Puerto Rican friend from Miami who has a pleasant rapport with the community, I never knew that it even addressed black heritage. Originally, Little Havana, to my knowledge, consisted of white wealthy Cubans who escaped the Castro regime. In fact, my friend took me by a park where old Cuban refugees just sit around playing chess, dominoes, and checkers venting about Fidel Castro. 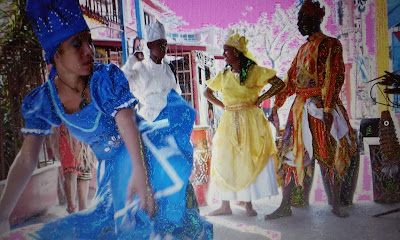 The name "Little Havana" emerged in the 1960s as the concentration of Cubans in the area west of downtown Miami becoming famous as the cultural and political capital of Cuban Americans. The neighborhood is known for it festivals, including the Calle Ocho (8th Street) Festival and others that have been televised to millions of people every year on different continents.

Little Havana is characterized by its street life, restaurants, music and cultural activities, mom and pop enterprises, political passion, and great warmth among its residents. 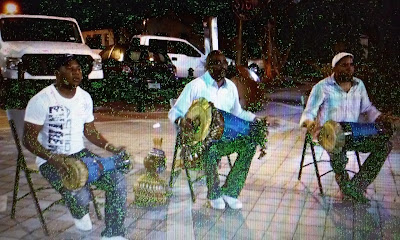 However, tour guide Corinna Moebius www.LittleHavanaGuide will be including Black Heritage tours of the community on an ongoing basis. She wants to set up these tours to include dinner with an important Afro-Cuban descendant figure from Little Havana/Cuban/Latin American/Caribbean history.

She will also be launching tours focused on Afro-Cuban Culture and Religion followed by a dance performance. All of her walking tours of Little Havana incorporate and emphasize the historic and present-day contributions of people of African descent.
Posted by W Bill Smith at 6:48 AM No comments: Links to this post 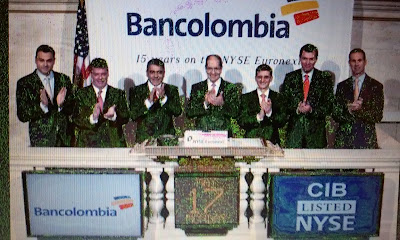 These white Latino supremacist, and brown Latinos claiming to be white dishonor the legacy of their ancestors consisting of black and indigenous people’s struggles throughout Latin-America. They also dishonor the rhythms that they enjoy listening and dancing to, such as merengue (Dominican Republic), bomba y plena (Puerto Rico) , tambor (Venezuela), cumbia (Colombia), festejo (Perú), jarocha (Mexico), and son montuno (Cuba), all of which have African roots like the American blues, not to mention the foods that they eat, such as mangú, which came from the influence of African slaves.
Posted by W Bill Smith at 10:54 AM No comments: Links to this post