Is Latino a Race or Culture?

“You are a goddamn Negro! You think being Puerto Rican lets you off the hook? That's the trouble. Too many of you damn black Puerto Ricans got your eyes closed. Just because you can rattle off a different language doesn't change your skin one bit. Man, if there are any black people up on the moon talking that moon talk, they are still Negroes. Get it? Negroes!” 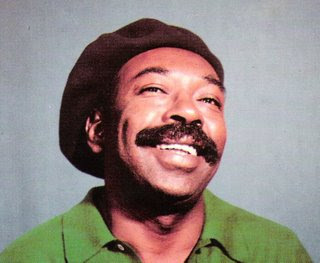 
One day at a Burger King in Oakland, CA, a some Latinas working the register and I got into discussion about their manager who is from a heavily populated black area of Mexico called La Costa Chica. I struggled to keep from laughing when they told me that she was not black, as if her skin color is supposed to change simply because she is Mexican.

Afro-Puerto Rican Arturo Alfonso Schomburg, at a young age, was inspired by a school teacher to study black history when he was told that blacks have no history and have never accomplished anything of note.

In an on line forum, an Afro-Puerto Rican woman pointed out to me that the term “black” only refers to black Americans. She became very upset and started attacking my character when I asked her about the racism and discrimination against blacks in Puerto Rico and reminded her that African-Americans do not have a monopoly on black skin. I'm not “black,” I'm “Do-min-i-can,” said African-American actor/comedian Doug E Doug in in a scene from the film “Hanging with the Homeboys” as he was caught crashing a Latino party.


I have to respect the fact that people in Latin-American countries see themselves by their nationalities first and their race second. Marcus Garvey, whose United Negro Improvement Association (UNIA) included branches in Latin-America was told by a Cuban delegation that they were Cubans first and blacks second. Does this sense of staunch patriotism stop racial discrimination in these respective countries? Obviously not. From my personal travels to five Latin-American countries, I've noticed a blatant absence of blacks, Asians, and indigenous people working in shops, as police officers, or as bus or cab drivers, let alone those working in office and corporate settings. Just pick up a newspaper and you can count the people of color, if any, are featured unless they are criminals, athletes, or entertainers.

Thus, I'm thankful for the surge of black pride and civil rights groups springing up all over Latin America these days. Since 1997, the La Costa Chica area of Mexico has been having an annual convention of black villages. In Ecuador, there is an annual celebration of Afro-Ecuadorian culture in October.