Is He Really the Father of Salsa Music?

Salsa music is based on the son (pronouncd 'sewn') music of Cuba!


One evening I was watching a TV presentation of “Roots of Rhythm,” which talked about the history of one of my favorite genres of music... salsa. The narrator Harry Belafonte, referred to Arsenio Rodriguez as the father of salsa. Many expert musicologists tend to agree. In a recently reissued song, Pio Leyva (from Buena Vista Social Club) sings, si te hablan de la salsa, mentira, se llama son (if they talk to you about Salsa, lies, it’s called Son).

Renown salsa music pianist Eddie Palmieri's and the late-great conga player Ray Barretto based their top hits on the music of Arsenio Rodriguez.


In the late 1930's, Arsenio Rodríguez (one of Cuba's greatest musician and composers) began reconnecting son music of Cuba with its African roots, which many of the earlier groups had either omitted or simplified. He synthesized and maintained the integrity of African and Spanish elements. His style became known as "son montuno" and formed the basis of the mambo craze in the 40's, influencing Latin popular music in New York for years to follow.

Other music critics claim that despite these musical roots, what we now recognize as salsa, originated in New York City nightclubs in the years following World War II, an evolution of the era's big band tradition. The first great salsa musician was Tito Puente, who, after a stint with the U.S. Navy, studied percussion at New York's Juilliard School of Music. He went on to organize his own band, Puente's Latin Jazz Ensemble, which has been heard by audiences around the world.

Originally, Salsa was not a rhythm in its own right, but a name given in the 1970s by Cuban and Puerto Rican immigrants to the New York City area, and its later stylistic descendants including 1980s salsa romantica and other sub-genres. The style is now practiced throughout Latin America, and abroad. 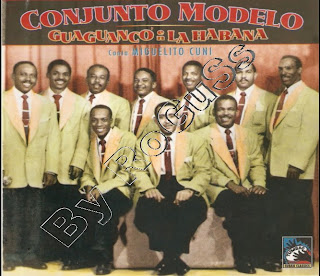 The history of Cuban music pivots around one man: Arsenio Rodriguez, the blind tres player. Arsenio pushed up the percussion, added a piano, and tripled the trumpets of the traditional septet line-up, and pretty much singlehandedly invented salsa as we know it today. He was a prolific composer and surrounded himself with the cream of Havana's musicians in the late forties.

Beny Moré was a gifted Cuban singer who also gets credit for what salsa music is today. He is often thought of as the greatest Cuban popular singer of all time.

The US has been a major consumer of Latin music not only through tourism as was seen in cabaret Rumba, but also in the "rhumba craze" of the thirties (see above) followed by the popularity of the Mambo and Chachachá, which the USA helped to distribute.
Posted by W Bill Smith at 2:03 PM