Enjoy Travel Without Being Wealthy 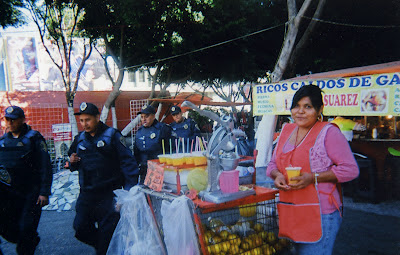 I had just flown in from Panamá City, Panamá into Cartagena, Colombia. As soon as I got settled, I found an Internet café, and posted my arrival on Facebook. Timothy, who's been following my Facebook updates throughout my five-nation Latin-American tour had this comment, “Bill, you are a wealthy man.” I didn’t argue with him. I thanked him for the positive affirmation and for giving me a new idea for a blog topic: Enjoy Travel Without Being Wealthy.

I work for a non-profit organization, and my income is nothing to strut about, and that's why I'm qualified to tell you, first hand, that you don’t have to be wealthy to enjoy travel. All you need is a passionate, high-priority desire. 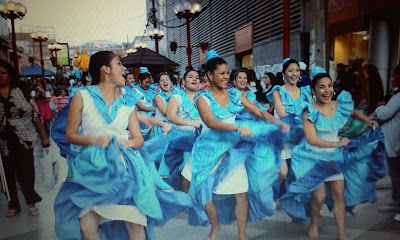 Going to local cultural events like here in Arica in Northern Chile does not cost one red cent!


This vacation included included trips to México, Panamá, Perú, Colombia, and Ecuador. I then flew to New York and stayed until Christmas, and finally flew back to Oakland, where I lived at the time. The cost of this wonderful vacation, including airfares and taxes, food and lodging, and entertainment and souvenirs cost me well under $1800.

How did I swing that? I took advantage of about 15 online travel sites like www.cheaptickets.com, www.tripadvisor.com, www.kayak.com. I kept checking those sites daily until finally, BINGO, as quick as a cat, I snatched those cheap fares with my credit card before they changed their minds.

The most important part of planning a trip, especially if you are going to be on a budget, is to do your homework.

Not only did I get the best deals booking my flights on a Tuesday, but even better deals scheduling flights to leave on Tuesdays, Wednesdays, or Thursdays, with a return flight on any day except Sunday. When I fly out on a holiday, prices tend to drop even more. For example, one Thanksgiving Day, my round-trip ticket from San Francisco, California to Lima, Perú cost $537. This included a seven-hour layover in El Salvador where my cab driver and I hung out at the beach and had a delicious seafood lunch before cruising around the sun coast sight seeing, and then returned to the airport to catch my next flight to Lima. The home where I stayed in El Carmen, Perú

As a traveler, I enjoy a standard of living that will absolutely “annoy” your average tourist. As much as possible, I stay out of tourist areas, and look for places to stay in the barrio (or the hood). I use the same public transportation that the local citizens use, shop where local citizens shop, and go places where only local citizens go. As a result, I have more spending money to enjoy myself, and at the same time, the pleasure of treating others so they can enjoy themselves with me. It was a heartfelt pleasure, and worth every penny, to see such contented, happy campers (below). An Afro-Peruvian dance instructor asked me about my motive for staying in a poor, non-touristy area when most visitors stay in nice hotels like the Hilton, and visit famous tourist attractions like Macchu Picchu. My response was to improve my level of Spanish fluency and to experience African heritage. You don't get these things paying exorbitant amounts of money in five-star hotels and hanging around expensive tour guides. Speaking of tours, I've gotten a much better deal hiring a struggling, hardworking citizen who can use some extra cash. Being with local people has its advantages because they shelter you from the gringo tax.

What is the gringo tax? It's when you are being overcharged by shopkeepers and taxi drivers because you are a gringo. What is a gringo? The meaning varies, depending on the country, but it basically means foreigner. In Perú, for example, if you are not from the South American continent, you are considered a gringo, and they don't care if you are from Mexico, Puerto Rico or Spanish Harlem.

When I was in Havana, Cuba, there was a famous ice cream parlor called La Copellia where they have a government sponsored gringo tax. A pint of ice cream costs a Cuban one peso, but for visitors (the gringos), it was 20 pesos, which at that time was equivalent to an American dollar.

As quick as a cat, I snatched those cheap fares with my credit card before they changed their minds.

Of course, dressing down is important because you don't want to be marked as a tourist. Tourist outfits and bling-bling invite trouble! On two occasions I ventured into one of Lima, Perú's roughest neighborhoods, La Victoria, where one of my favorite soccer teams, Alianza Lima, has their stadium. Unlike the neighborhood where I used to live in Oakland, no one, I mean absolutely no one in La Victoria bothers to cross the street or behave defensively when they see me coming. Peruvian people themselves told me that I was crazy and warned me, Oye Guillermo, no vayas solo por La Victoria (hey Bill, man, don't go up in there by yourself), La Victoria is no joke!

When you live and hang out in local communities away from tourist areas, whatever little money you spend will go a long way.


What did I do? I put on some old pair of loose slacks, and some old running shoes just in case I needed to haul ass. I also wore my proudest souvenir; an Alianza Lima team jersey. Instead of being hassled, I was greeted with the words, ¿Que pasó familia (What's up, bruh)? Yo soy hincha de Alianza Lima (that's my team, baby!); people were shaking my hand saying, tú eres todo bacán, todo bacán (you are all-right). Others drove by honking their horns and giving me the thumbs up shouting, ALIANZA LIMA-A-A-A! I even felt comfortable renting a nice, clean room for 20 nueva soles (approximately $6.00 in Peruvian currency) per night. That's how I enjoy my travel experience.

She showed me all around, gave me plenty of advice, and sheltered me from the gringo tax.

Before my Latin American trips, I've made valuable contacts on Facebook. For example, in the Spring of 2009, I opened a separate Spanish-speaking Facebook account making more than 200 friends throughout Latin America, and put the word out that I'm a sentimental fan of Ecuador's International Soccer team (I really am!), and that I wanted to visit the black community that produced their soccer all-star Augustin Delgado (the Magic Johnson of Ecuador). Within a couple of days, I got a response from an Afro-Ecuadorian woman living in Germany with her husband. After months of Facebook communication, she introduced me to her mother who lives in Quito, Ecuador's capital. Her mother showed me around, gave me plenty of advice, and sheltered me from the notorious gringo tax, that is when you are being charged a higher price for items simply because you are not a native of their country.

The most important part of planning a trip, especially if you are going to be on a budget, is to do your homework. There are travel guides like Lonely Planet, Rough’s Guide, and Moon’s Guide. The $16-$22 that you invest in one of these books will pay for itself a thousand times over if you consistently use the information contained therein. I've actually enjoyed trips vicariously before taking the real trips by simply doing the homework. It is my experience and conviction that you can enjoy travel without being wealthy!
Posted by W Bill Smith at 11:07 AM