Learning Spanish in an Immersion School 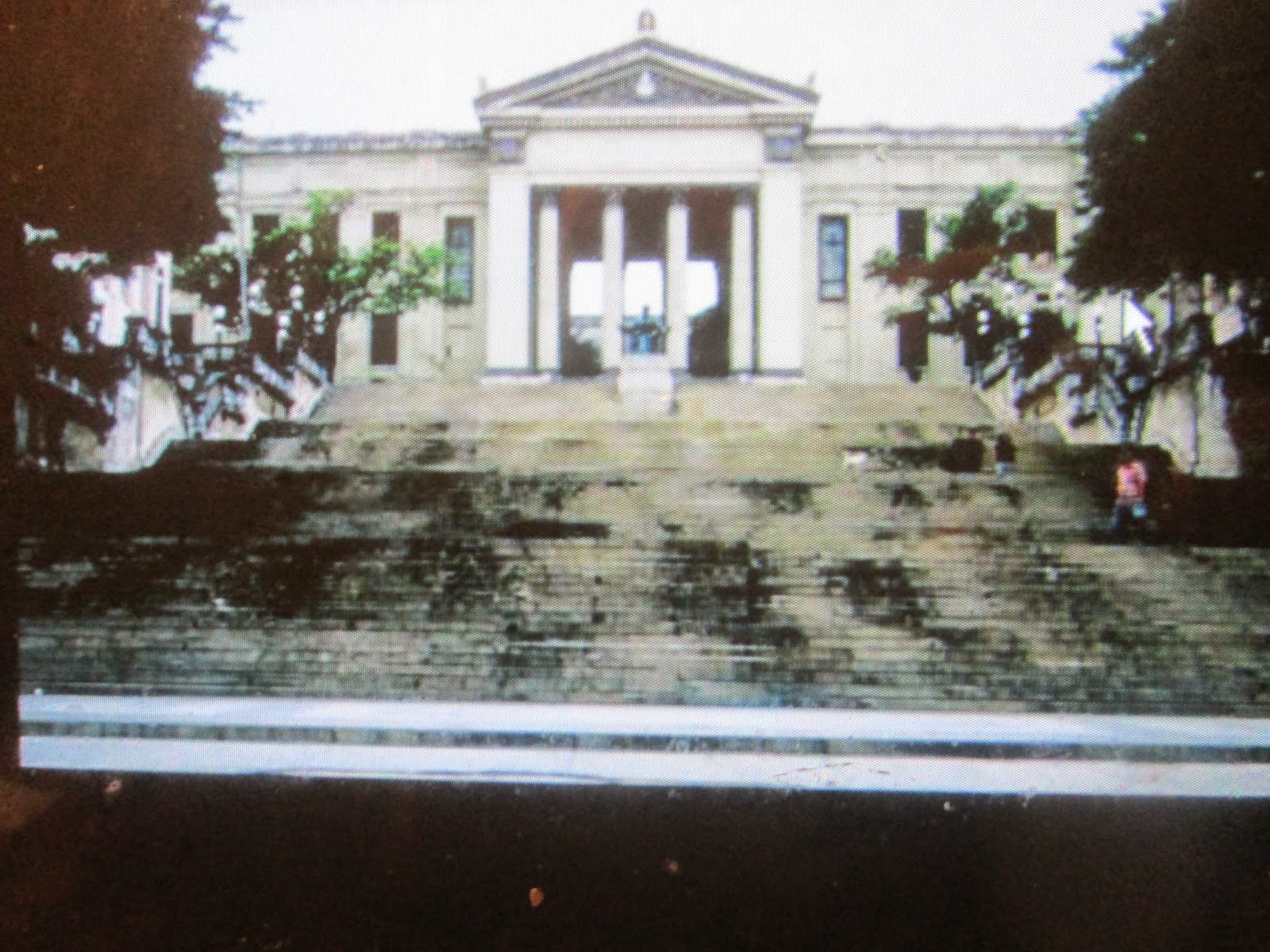 The University of Havana in Cuba had a special
Spanish language immersion program for foreigners.

I've had formal Spanish classes in school, and have literally taught myself to speak Spanish out of books. But I've found the most efficient way of learning to speak Spanish, or any new language, is by total immersion.

In July of 1998, I was on a two week vacation in Havana, Cuba to study Spanish at the University of Havana. I was able to get into Cuba legally through the Global Exchange organization based in San Francisco, CA. Through this partnership with Global Exchange and the University of Havana, I got to stay with a family who speaks no English, took a class from a Cuban instructor who speaks no English, and was assigned tutors who speak no English. They don't call this an immersion program for nothing. The whole idea is to be so immersed that you cannot fall back on your English and have no other choice but to speak Spanish. In about a week, I started having dreams in Spanish, and still do to this day from time to time.

I spent my weekends with an Afro-Peruvian
family while studying Spanish in Lima, Perú.

In October, 2005, I went to an immersion school for the second time in Lima, Perú at the El Sol Spanish school, where only Spanish was spoken. What I had going in my favor, in both Havana and Lima, was that I was already self-taught to the level where I could converse socially and professionally on the job. However, my Spanish still has a lot of room for improvement. Speaking of which, I would not recommend an immersion school for anyone who has not had a least an equivalent of one year of Spanish language learning whether self-taught or in a formal classroom setting. I just think you'd get more bang for your buck with a solid foundation on the fundamentals. The advantage I had over many other of my immersion school classmates is that I was able to get more Spanish speaking experience by going out into the community to either sink or swim in the Spanish language. I went on dates, went to parties, and even spent weekends with families. When I'm here in the U.S, my level of Spanish fluency, on a scale of one-10, is a “six.” When I'm in a Spanish-speaking country, my level of fluency (by default) goes up to an eight because I have no other choice but to speak Spanish. I was so pleasantly surprised to see how easy it was for me to converse and interact with so many people, unless I ran into someone who's English is better than my Spanish, and that was rare.
Posted by W Bill Smith at 1:05 PM