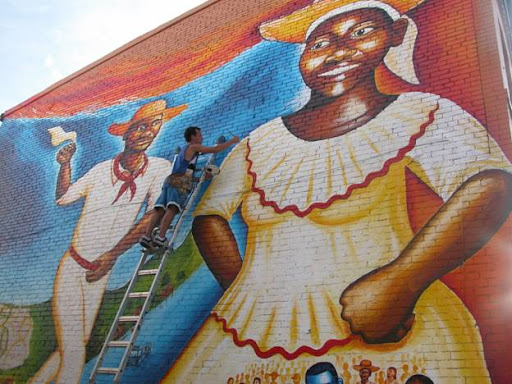 In the year 2000, Colombia's black civil rights (or human rights) movement came up with the month of May as Afro-Colombian Heritage Month to promote black awareness.  Cali, the Afro-Colombian capital offers a variety of cultural agendas to commemorate this event; social gatherings, music performances, fashion shows, Afro-Colombian cuisine, and artifacts.

The purpose is to plant seeds in the hearts of the Afro-Colombian community and to spark their consciousness with pride in their identity; to celebrate African and Afro-Colombian heritage, past and present, with a focus on their struggles for civil and human rights in a country that systematically discriminates against blacks and indigenous people.

Colombia also has a magazine similar to the African American Ebony Magazine in the U.S. called Ébano Latinoamérica. Ébano is Spanish for Ebony. The subjects and people included in this magazine are of political, scientific, economic and artistic relevance, presented with professionalism and sobriety. This magazine is an integral part of Black Colombian heritage, which plays a major role in documenting the contributions and accomplishments, as well as the struggles of Afro-Colombian people.