Call Her Neither Black nor Latina

There was a discussion among a group of Afro Latinos about a published article entitled, Don't Just Call Them Afro Latino. The article was about a woman from Honduras, Central America named Sulma Arzu-Brown who was tired of her African-American friends referring to her as “black,” and her Latina friends referring to her as “Latina.” Sulma decided to “enlighten” her friends explaining that she is neither black nor Latina—she is Garífuna (pronounced Gar-REE-Foo-Nah).

The Garífuna (Garinagu in the plural) are dark-skinned .African descendents, mostly Spanish speaking, mixed with indigenous groups of Central America, such as the Arawak and the Caribs. The Garífuna people can be found in Belize, Guatemala, Honduras, and Nicaragua. Their first language, Garífuna, has its roots among the indigenous, the French, the Spanish, and a smattering of African languages.

After slave ships were wrecked on the island of St. Vincent in the 1600s, Africans found refuge with the indigenous populations forming a whole new ethnic group, the Garinagu (plural of Garífuna). 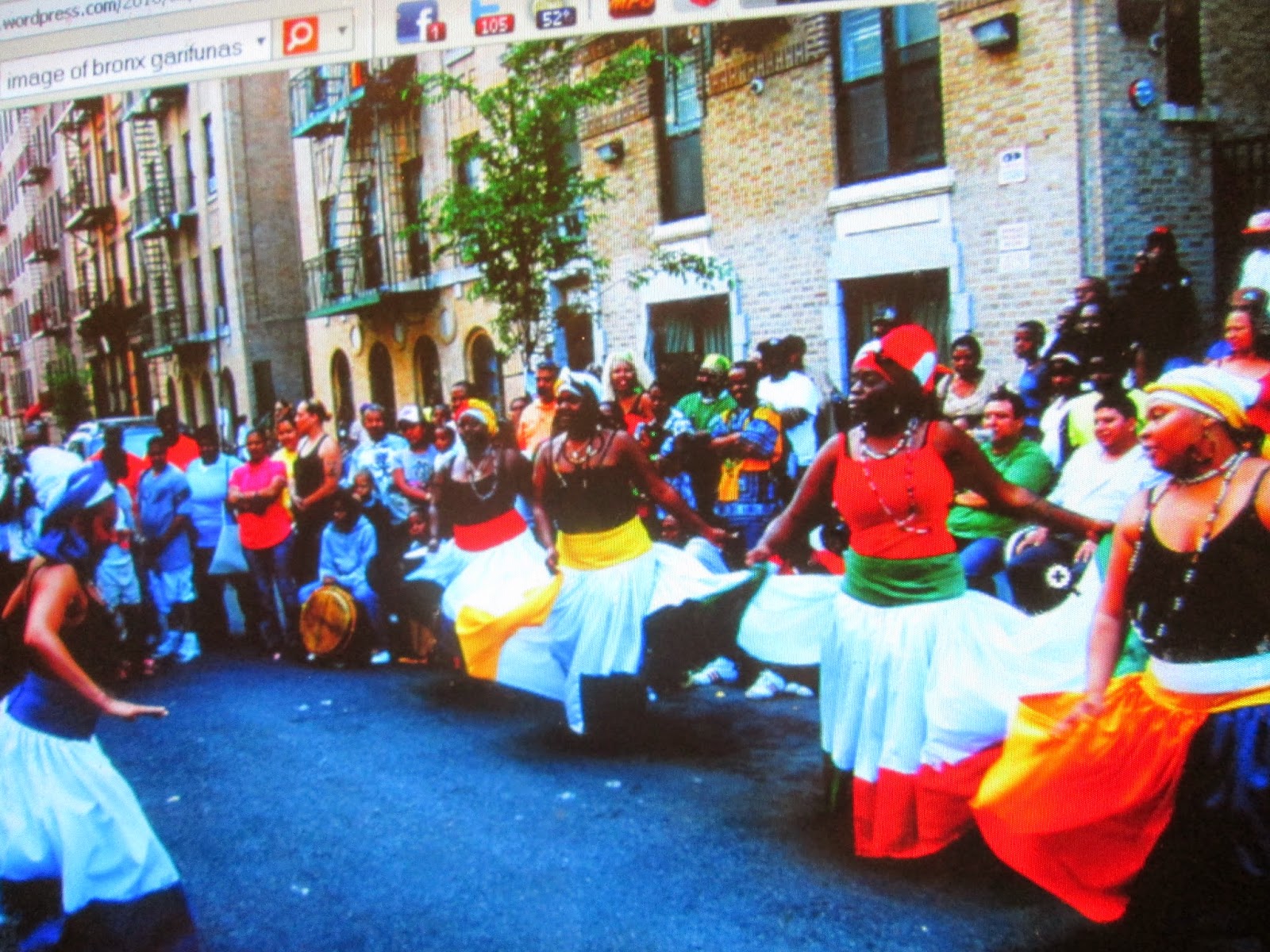 The Bronx, in New York City holds the largest community
of Garífuna people in the US.

There were Afro-Latinos in the forum who agreed with Sulma Arzu-Brown stressing the fact that the Garingau speak a different language and eat different kinds of food from other blacks and Latin-American people. In fact, a woman from Guatemala stated to me personally that the Garífuna people in her country are not real Guatemalans; they have their own culture.
What I gathered from the article, the discussion, and from my own interaction with Garinagu friends is the pride in their unique history and culture and fear of the loss of their identity and being absorbed into more dominant groups like African Americans, Puerto Ricans, or Dominicans.

Certainly, the Garífuna (or Garinagu) people are “black.” After all, it was Sulma's mother who decided to leave Honduras because she was denied a promotion at her banking job because of her skin color. The Garinagu are indeed Latino because they are citizens of Spanish-speaking countries. As one Garífuna man puts it, we are a very proud people who maintained our language, culture, and customs. Garífuna, Black, and Latino are all the same and we are proud of all three.