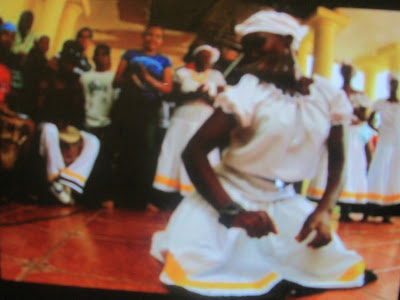 Nicaragua's black community has its own Spanish music of African roots

One evening at a salsa club in San Francisco, California, I asked a olived-skinned Latin-American woman to dance. I can tell by the look on her face that she wanted to dance with me, but doubted that I (this black guy) know how to dance to this type of music. To avoid any embarrassment or frustration, she played it safe and declined my invitation. She later appeared pleasantly surprised when she saw me dancing smoothly and joyfully with other women, and seemed to be hoping that I would ask her to dance one more time. I felt no need to bother because there were too many women willing to dance without question or concern about race or even dancing ability. 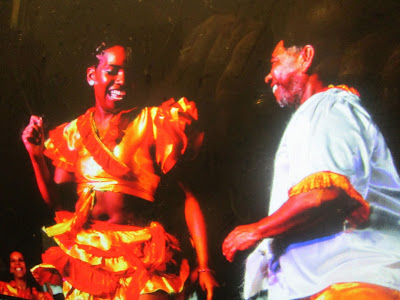 In Paraguay, South America there is a renown
black dance troupe known as Kamba Kue

It was during my high school years in New York City when I first  saw black people dancing to Spanish music. One day after school, my black-American classmates, Lucious and Deborah, were dancing to a popular song called “Mozambique” by the Latin music icon Eddie Palmieri. In those days, Palmieri had a lot of black-American fans in the New York City area as did other Latin music giants like Ray Barretto, Willie Colón, and Joe Cuba. 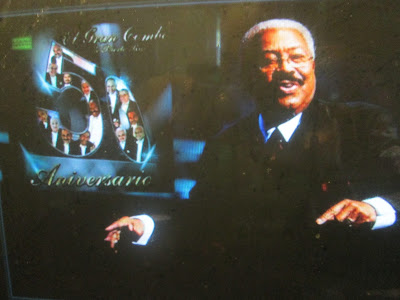 Puerto Rico's world famous salsa group, El Gran Combo, is directed
by it's founder, a black man by the name of Ithier Nadal

Years later, at an Oakland, California salsa dance club, I told a black American women, who happened to be attracted to Latin-American men, that if it were not for black people, there would be no salsa. She asked, naively, how do I figure. I didn't have the time nor the inclination to lecture her on the dance floor, but as I myself got better educated and more culturally aware, I learned that people of African ancestry played major roles in the creation of the most popular Spanish music genres throughout Latin America, and that includes the tango of Argentina, and cumbia of Colombia, which made its way through Central America and Mexico. 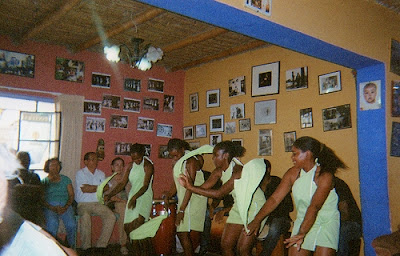 More than 100 years before slaves ships began docking in the USA, slave ships have been transporting African people all throughout Latin America. And just as the blacks in the USA created blues and gospel music based on their immediate cultural environment; bomba and plena music was created by blacks in Puerto Rico; candombé music by blacks in Uruguay, and jarocho music by blacks in Mexico. Every country in the Western hemisphere has a history of slavery, and thus, have their own music and dance based on their African roots. 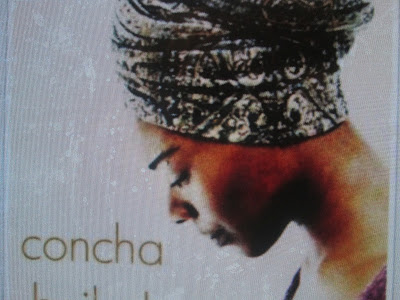 Most of us in the U.S. do not know that there are more black people scattered throughout Latin America who speak Spanish and dance to Spanish music than there are black people in the U.S. who speak English and dance to R&B and hip hop. As the Latin-American woman who declined to dance with me because of my color, many of us here in the U.S. are living in a bubble thinking you have to look like Ricky Martin and Jennifer López to know how to dance to any type of Spanish music. That is pure bull!
Posted by W Bill Smith at 8:07 PM