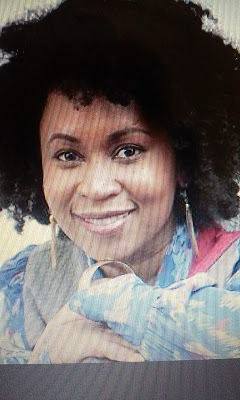 Sulma Arzu-Brown
Author of the book:  ¡Pelo Malo No Existe!
(Bad Hair Does Not Exist!)

Throughout the African diaspora you will find varying degrees of self hate and internalized racism. On the African continent, the sale of bleaching cream to lighten one's skin is at an all-time high. Here in the U.S., I grew up at a time when it was highly fashionable for black men to straighten their to imitate those of white men through what was known as a “process” or a “doo.”

In those days, we referred to ourselves as “colored” or “negro.” I remember as a child when I got angry with people, I would insult them by calling them a black African making reference to Hollywood's stereotypical view of African people being portrayed as spear-chucking savages. Those were fighting words.

In Latin America, calling many blacks such names may not start a fight, but they will certainly be offended to the point of absolute denial of their skin color and African heritage. An Afro-Peruvian woman once told me that I was not black, but “moreno (colored).

One thing that black Americans and black Latinos have in common is the use of the term, “good hair“ or in Spanish, “pelo bueno.” After the black American consciousness movement during the 1960s, I am always astonished to hear black Americans refer to hair on black people resembling those of white people as good hair. Afro-Latinos go further than that by making reference to “pelo malo” or bad (kinky) hair.

Sulma Arzu-Brown is a proud black Latina of Garifuna heritage, a descendant of Africans who escaped slavery from the British, and assimilated with an indigenous community in Honduras, Central America. Mrs. Arzu-Brown, a graduate of Lehman College of the City University of New York City, and Director of Operations with the city's Hispanic Chamber of Commerce grew tired of hearing people criticize her daughter’s hair, and published a book entitled ¡Pelo Malo No Existe! (Bad Hair Does Not Exist!); a bilingual picture book that sends the message that every woman’s hair is beautiful.


In an interview with NBC News she pointed out emphatically that the term ‘bad hair’ or ‘pelo malo’ is divisive to both community and family and can contribute to low self-esteem. She refers to her book as a tool of cultural solidarity.
Posted by W Bill Smith at 6:58 AM