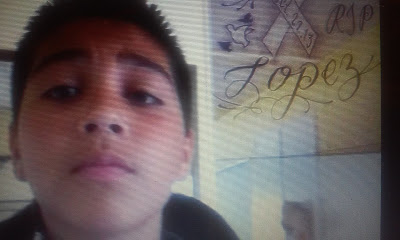 
In 2013, Andy Lopez, 13, like Tamir Briley, 12, in Cleveland, Ohio, was shot to death by sheriff's deputy in Santa Rosa, California for carrying an airsoft gun that was designed to resemble an AK-47 assault rifle.  The shooting prompted many protests in Santa Rosa, and throughout California. I thought these protest should have included black Americans as I was highly touched to see Latinos, whites, and even Asians marching alongside blacks protesting the loss of black lives to a few rogue and racist members of the police force. I think African Americans, Latinos, and Native Americans are missing out on a powerful united front.

I got a taste of such unity during my college years when I joined the Black Student Alliance as we blacks were not even a fraction of the student population on campus, and Latinos were almost non-existent. At mid term, the alliance approached the university administration about increasing the number of black and brown student enrollment. Within two years, there were so many Latinos and black Americans who joined the Black Student Alliance, the name was changed to reflect a diversified third-world front.

Despite inherent cultural differences, black American and Latino students who recognized similar issues both communities face in a racist society, came together to make an impressive difference in the on-campus experience for all students, faculty, and staff of color.


As the police killings of Philando Castile and Alton Sterling occupied the news waves, the death of five (5) Latinos during that same week, shot and killed by cops, went unnoticed with the exception of local media. It has been determined that Latinos are the third most likely group to be killed by a police officer, after Native Americans and black Americans. The native American population is a racial group that no one is addressing as they make up 0.8 percent of the population, yet 1.9 percent are killed by police.

The Black Lives Matter Movement needs to diversify and include all oppressed people for a greater show of force, and could certainly use a name change led by a representation of members from each of the affected ethnic groups. Latinos and Native Americans also get stopped and harassed by law enforcement for driving, walking, and even standing.