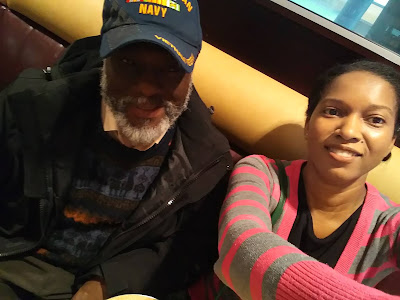 As the saying goes, "what goes around comes around." Having received so much love visiting Latin America's black communities, it was finally a warm exhilarating experience to return the favor to one visiting New York. Her name is Diana of Guayaquíl, Ecuador. 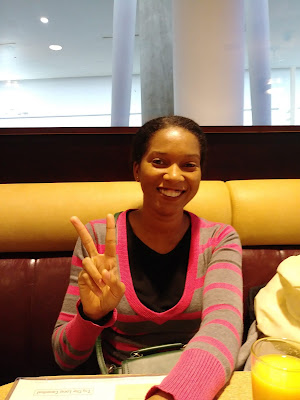 Diana, who holds a Masters Degree in Accounting, happened to be on her way to Europe and had a long layover in New York City. After a light breakfast at JFK Airport, we took the E-Train up into Harlem where I grew up and got off at none other than 125th Street, which I refer to as Downtown Harlem, where the Apollo Theater is located, to put her  deeper in touch with North America's African Diaspora. 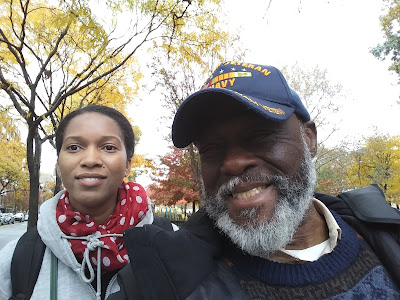 Being from an area of South America where there is no Fall season, she freaked out starting to take pictures as she saw, for the first time, leaves turning colors as they fell off trees while we strolled around Harlem's Marcus Garvey Park. 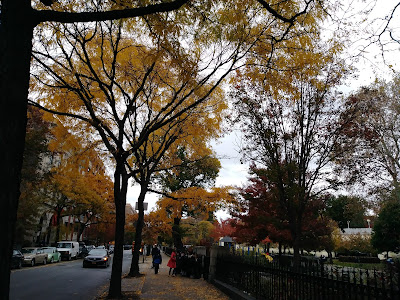 We then proceeded up to Manhattan's Upper West Side where my family moved to when I was a teen upon my father's marriage to his second wife. After having lunch at one of the tastiest Chinese restaurants in the city (in Ecuador, they are called "Chifas"), Our next stop was Lincoln Center of the Performing Arts where we took pictures before proceeding to Central Park. 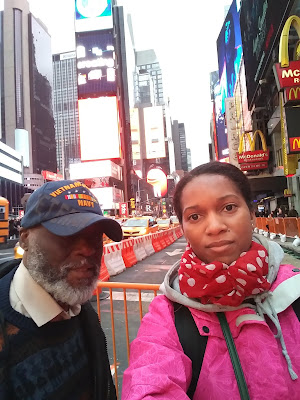 From there, we walked to Columbus Circle and took the subway train to Times Square. Since my youth, I learned never to go shopping with a woman, but because I was hosting , I let her go berserk shopping in the FOREVER 21 store before heading back to the airport for her connecting flight to Norway. 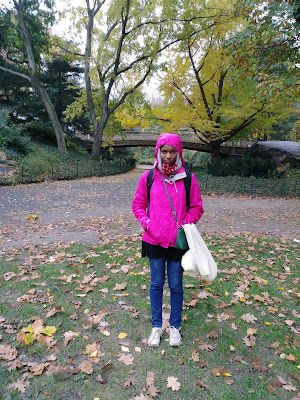 Although, Diana's English is adequate, she was uncomfortable speaking English with me or in my presence; thus, I had to interpret for her and speak more Spanish than I have ever spoken since I have not traveled to Latin America in a while. Yes, I needed the practice, but she needed to practice her English and had the perfect opportunity to do so while here in the U.S.

We members of the African Diaspora have an awful lot to learn about each other and from each other regarding our diversity, our different languages, ours cultures, and our histories even though we all have the same roots. I am always happy to learn as well as teach!
Posted by W Bill Smith at 10:55 AM