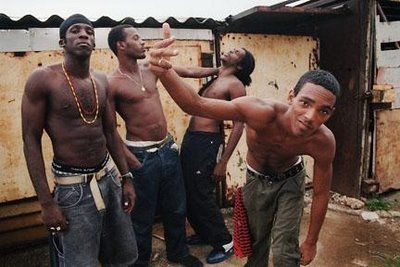 Many young blacks in Cuba are very unhappy with the system, particularly with Cuban racism, and the economic disparity between the blacks and the browns, and the whites.

It was July of 1998, when I was in Havana, Cuba with a group of Americans studying Spanish at the University of Havana. I just happened to be only one of a handful of American-Americans in the group when an Afro-Cuban host was explaining to us that when you hear music, you put your hands in the air to show that you are having a good time. I was so tickled to say the least. I was humored because I'm a native New Yorker where hip-hop was born long before it reached the island of Cuba, let alone the rest of the world.

My mind went back to one of the first hip-hop groups to hit the airwaves, the Sugar Hill Gang, when in their song "Rappers Delight," they sang the following line, "put your hands in the air like you just don't care." I then thought to myself, who does he think he's talking to, LOL.

Today after work, I saw a filming of “Inventos: Hip Hop Cubano” or Cuban Hip Hop, which combines traditional Cuban rhythms with that of hip-hop along with lyrics dealing with social and political issues, as well as globalization, poverty, and identity on the island.

The Cuban Hip-hop movement is an awakening opportunity for young people to discuss their realities in informal, grass roots locations such as the back yard of someone's house or on a stage with microphones. In this film, you see the same attitudes and styles of African-American rappers. Only it is in Spanish with English subtitles.