A Night in Cancún 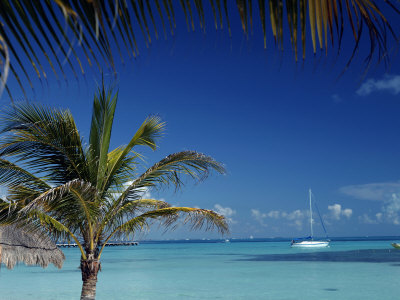 I was only in Cancún 13 hours waiting for a flight to Havana, Cuba. Cancún is not my type of vacation. The city itself did not seem to have any culture. It is only a resort--nothing more. My purpose in traveling, especially to a Latin-American country, is to immerse myself in the language and culture, and not to experience a foreign imitation of my own.

Catching my flight from Cancún to Havana (La Habana), Cuba.


There was a group of us from the Northern California spending the night in Cancún as we all were on our way to Cuba (correctly pronounced "Koo-bah"). We chipped in to pay a $45.00 (USD) cab fare to our hotel. Upon arrival, we heard loud rap music. I'm thinking the hotel staff was trying to entertain us and lure us into a snack bar that served only hamburgers and hot-dogs. What happened to the Mexican culture where I would have preferred to immerse myself; cumbia and ranchera music, chiles rellenos, quesadillas? If I wanted to hear loud rap music and eat hamburgers, I could have stayed in Oakland and saved some money. The only good thing was that the people, such as the hotel employees, cab drivers, airport personal, and restaurant workers, were pleased that I was speaking Spanish. Although, there were those who could speak English, my Spanish made their job easy and I get to practice :-)

While waiting for my flight to Havana, I spent the night in a Cancún hotel.

The next day, My group piled into a cab and headed back to the airport to catch our flight to Havana. As we were passing through Cancún, I could not help notice its natural beauty. But that was all. I was so happy to be going to Havana, where the culture is so thick, you can cut it with a butter knife.
Posted by W Bill Smith at 9:02 PM