A Taste of Black Colombia

The statue of Benko Bioho of Senegal, in the town Square of San Basilio de Palenque, Colombia. Bioho led a successful slave revolt in the 17th Century, making it the first free black town in the Americas, which maintained its African cultural tradition. The bus took me far as I could go from Cartagena, Colombia as I headed towards one of the nation´s proudest legacies, San Basilio de Palenque or simply Palenque. A town that was successful in doing what Nat Turner in the U.S. tried to do before he was sold out by uncle toms. The town led by Benko Bioho from Senegal led a successful slave uprising against the Spanish setting an example for the rest of Colombia in gaining her independence from Spain. 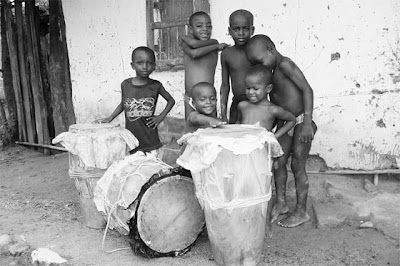 The bus driver told me if I was going to Palenque, this is where I needed to get off. Because of the limited public transportation into Palenque, there was a motorcyclist waiting and I had to ride the back.

It was a thirty minute ride into Palenque before I was dropped off at a restaurant across the street from Benko Bioho Square, containing the statue of the legendary liberator Benko Bioho. I had the traditional Palenque meal of fish, rice, and plantains before my tour guide Carlos entered.

Carlos and I walked about town as he explained to me the history of Palenque and the lifestyle of its residents, known as Palenqueros. Carlos himself was born and raised in Palenque before studying at a university in Cartagena.

I could not help but notice how friendly the people were wanting to know where I was from. One woman kept looking at me and marveling as if she had never seen a black gringo before. The town itself is so peaceful that they don´t even have a police force as it is virtually crime free. Can't we all get along?