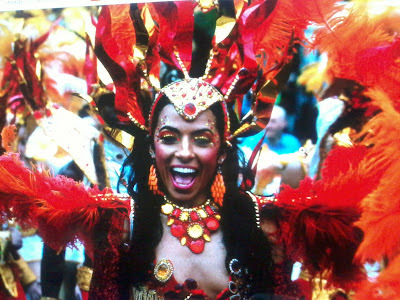 As I plan my trips to explore black heritage in Latin-America, I chose Venezuela as one of the main countries to visit. For years, I've always wanted to visit Venezuela because I used joke around with Latinos telling them that I'm Venezuelan. I did that to send a subtle message that not all blacks who speak Spanish are from Cuba or Puerto Rico. I've been asked more than once if I'm from either of those two countries, especially by Mexicans and Mexican-Americans. I am self-taught in Spanish, and am still learning, but obviously my Spanish is impressive enough for some people to think I'm a native speaker.

Barlovento eventually became one of the many runaway-slave settlements called a cimarrón.

Most of my time in Venezuela will be spent in the predominately black region of Barlovento. The Barlovento region is west of Caracas, the nation's capital, in the state of Miranda going towards the Caribbean Sea.
Barlovento is famous for its cacao and is considered to be among the best in the world. During the Trans-Atlantic slave trade, the Spanish imported slaves from Africa to work on cacao plantations, from which cocoa, cocoa butter, and chocolate are made and exported to Europe creating wealth for the slave masters. Barlovento eventually became one of the many runaway-slave settlements called a cimarrón. By the time slavery was abolished in the 1820s, a significant number of free black folks were settled in Barlovento. Most of these ex-slaves and descendants of these ex-slaves continued the legacy of cacao production in the region.

The Barlovento Region of Venezuela
Like Nat Turner in the U.S., Yanga in Mexico, Bioho in Colombia, and Illescas in Ecuador, rebel slave leaders rose in Venezuela as well. The most famous uprising occurred in 1552 when the rebellion was led by El Negro Miguel who raised a military force of 1,500 slaves to attack Spanish settlements. Rebel slave communities continued to grow throughout the 1600s, and by the year 1720, there were up to 30,000 cimarrones (escapred slaves) in Venezuela, compared to those 60,000 still serving their masters. 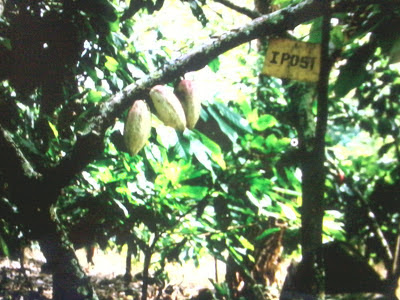 African slaves were imported to work on the cocoa plantations of Venezuela to produce all sorts of chocolate goodies.

Just as in other parts of the Americas, cimarrones (runaway slaves) were often assisted by indigenous peoples as they conducted raids on plantations, freeing the slaves and trading contraband. The town of Curiepe in Barlovento was the only legally established town of free Blacks. Curiepe was made up of former members of Caracas's Company of Free Blacks as well as escaped slaves from non-Spanish-speaking islands who were given their freedom in Venezuela, only under the condition that they get baptized.

Black Venezuelans played a decisive role in their country's War of Independence. South American liberator Simón Bolívar thoroughly understood the strategic importance of black soldiers and abolished slavery in 1812 and again in 1816. Bolívar being a slave master himself freed 1,000 of his own slaves, and recruited 5,000 slaves into his army. One of Bolivar's most famous lieutenants, Pedro Camejo, is known in Venezuela's history books as "El Negro Primero (The First Black)," because he was always the first to ride into battle.

A statue of El Negro Primero today stands in the Plaza Carabobo in Caracas—the only statue commemorating a Black in all Venezuela. Throughout the War of Independence, Venezuela, slavery continued to decline. By 1821, a new law was on the books declaring all black newborns as free. And by 1854, slavery in Venezuela was completely abolished. Still blacks endured racial discrimination despite a government philosophy that all racial groups blend together. I've met non-black Venezuelans who believe that all Venezuelans are one and that there is no racism.

However every year, public festivals such as the Fiesta de San Juan (June 24) celebrate pride in Afro-Venezuelan culture making bold statements in their resistance to the dominant culture and consciousness of being a marginal community.