In 1958, Mexican-American rock musician Ritchie Valens of Pacoima, CA released the famous tune “La Bamba” on Del-Fi Records. The single became a top-40 hit in the U.S., and was named number 345 in Rolling Stone magazine’s list of the 500 greatest songs of all time. “La Bamba” is the only song on the list not sung in English. “La Bamba” is originally a traditional folksong and dance of the musical genre called Jarocho. It is well documented that Jarocho music is connected to the African continent. Bamba, or the Mbamba, is an ethnic group in the Bamba district along the Bamba River of the Congo and Angola, West Africa. La Bamba was first sung by slaves brought to Mexico by the Spanish as they worked in the fields and mines of Vera Cruz, Mexico as early as 1683. 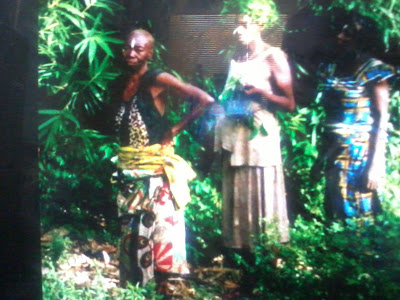 Slaves in Mexico came primarily from the
Kongo and Angola regions of West Africa.

There have been no official figures on the numbers of Mexicans of African descent since 1810, when a census found that black people made up 10 per cent of the total population. Mexicans of African descent were vital to the early economic growth of Mexico, working in urban professions, developing and cultivating farmland, providing skilled labor in the silver mines, and working on cattle ranches and sugar plantations. African influence in Mexico can also be seen in the many cultural traditions of that country. However, after more than 500 years interracial marriages and relationships, the black population in Mexico has dwindled considerably.


After more than 500 years interracial marriages and relationships, the identifiable black population in Mexico has dwindled considerably.


Several organizations have also emerged to reclaim Afro-Mexican traditions, for example the annual Encounter of Black Populations, which started over ten years ago, and Black Mexico, an organization dedicated to fighting for the cultural and political rights of people of African descent in Mexico. These organizations have been in increased dialogue with other Afro-Latin Americans throughout the region. Since 2004, there have been a number of photography exhibits, film series and forums on Afro-Mexicans throughout the US. In Veracruz there has been a resurgence of African-influenced Son Jarocho music, which has also helped to bring visibility to these issues. Although in many parts of Mexico, many people of African ancestry still do not identify themselves as such, the increased migration of Afro-Mexicans to other parts of the country and to the US has significantly impacted on this population’s consciousness of its African roots.


La Bamba” and It's African Roots

The Soul of Mexican Independence

Email ThisBlogThis!Share to TwitterShare to FacebookShare to Pinterest
Labels: Mexico