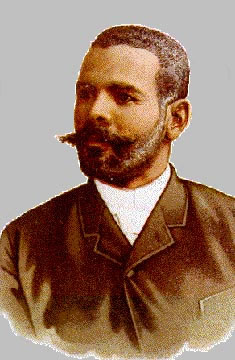 José Antonio Maceo y Grajales was born in Santiago de Cuba, the son of an Afro-Cuban woman and a Venezuelan father. His father taught him how to use weapons, manage small properties, and develop leadership qualities. His mother instilled in him order and organizational skills, all of which contributed to his prowess as a military leader and a decorated general. When Maceo, the oldest of the children turned 16, he began working for his father as a delivery boy.

Due to his physical strength and repeated successes in recovering from more than 25 battle wounds in about 500 battles, he became known as the Bronze Titan.


In 1868, a revolt against Spain known as El Grito de Yara (The Cry of Yara) erupted and Antonio Maceo, along with his father and brother, joined the revolution. Antonio, who enlisted as a private, quickly rose through the ranks as a Major, then Lieutenant Colonel, Colonel, and Brigadier General all because of his bravery and skill in military tactics against the Spanish Army. Because of class and racism, Maceo was forced to wait longer than he should have to be promoted to Major General.Author and historian Philip Foner had this to say in his book about the Bronze Titan Antonio Maceo, who was known by the Spanish press as the Lion: Maceo delighted in outsmarting the Spanish generals; again and again, he decoyed them into situations that were disastrous.

Antonio, who enlisted as a private, quickly rose through the ranks as a Major, then Lieutenant Colonel, Colonel, and Brigadier General.


Due to his physical strength and his repeated successes in recovering from more than 25 battle wounds in about 500 battles, he became known as the Bronze Titan.

Maceo, a mason, was also an influential political strategist as well as a military planner. José Martí, the father of Cuba was among the Cuban leaders who were inspired by Maceo and who was quoted as having his primary duties to his country and to his own political convictions as above all human effort. He was determined to reach the pedestal of freedom or die fighting. José Martí says that Antonio Maceo has as much strength in his mind as in his arm.
Like his father and brothers, Maceo died fighting for Cuban independence. His final moment came in the battle of Punta Brava, in Western Cuba where he and his men were outnumbered by Spanish troops. Maceo was hit by two bullets, one in the chest and another in his skull.