Bringing Salsa Music Back to Its African Roots


The very first time, I logged onto the Internet in January of 1996. I had to choose a screen name for my brand new Internet account. Being that I was a diehard salsa dancer and salsa music lover who recognized its African roots, I chose the name Africando, not knowing that they would be as big and famous around the world as they are today. I was first introduced to this African salsa group by a DJ at a local night club. As I was looking over their CD's liner notes, I saw their mission statement, which read, our mission is to bring salsa music back to its African roots.

Africando, under the musical direction of the Cuban trained maestro Boncana Maïga, of Mali, West Africa, and Ibrahim Sylla from the Ivory Coast, was formed in 1990 as an intercultural merger between Senegalese vocalist and the most prominent salsa musicians from the salsa capital New York City. “Africando,” which mixes “Africa” and the Senegalese Wolof phrase “ando,” meaning "advancing together." As musicians from other African countries were later included, the name changed to Africando All Stars, as they feature some of the greatest voices on the African continent. 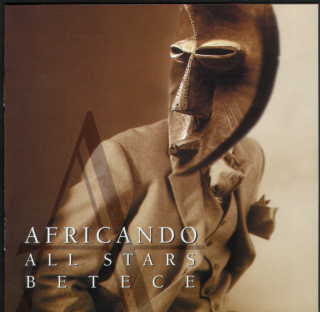 Latin music has been very popular in Central and West African countries since the 1940s as Africando set out to connect the musical dots between the African continent and Cuba to the delight of music and dance lovers of the throughout the continent of Africa singing Latin-merican classics in their native tongue Wolof and Spanish, and progressing into singing popular African popular classics with a Latin-American beat. sung in a mixture of Spanish and the Senegalese language of Wolof. The Senegalese musicians call it Wolof-spañol.