When people talk about Latin music, they are generally talking about salsa, Afro-Cuban, merengue and other forms of music from the Latin tropics, which are generally African-inspired. Almost every Latin-American country has it's share of African-inspired music, such as Rumba in Cuba, Son-Jarocho in Mexico, and Punta in Honduras.

The African inspired music in Bolivia is La Saya. Although it's growing in popularity in Bolivia, the music itself is still misunderstood. In fact, it has been said that the only people who do understand La Saya and can interpret it, naturally, are the Afro-Bolivians themselves. The music involves Andean instruments of the native Aymara people, such as gourds, shakers, and bells along with African percussion, like the drum passed down from their African ancestors. 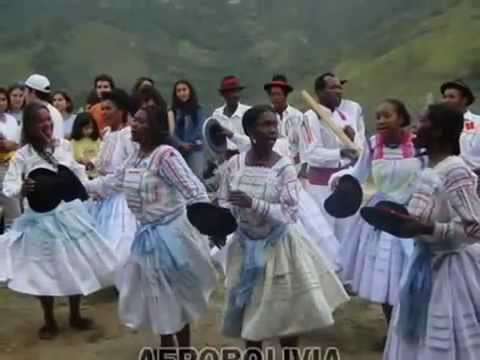 Afro-Bolivians wear Aymara style clothing when performing La Saya music and dance. You will see women wearing bright-colored blouses of many colors with ribbons and a pollera (a multi-colored skirt) with a manta (back cover) in their hand and a bowler hat. The men wear hats, feast shirts, and Aymara style slashes around the waist, and bayetas (pants make of thick woolen cloth, and sandals). The saya rhythm starts with bells jingling by the Caporal (leader/foreman) who leads the dance. The Caporal leads with the whip (cudgel) in their hand wearing decorated pants and bells near his ankles. The women dancers have a guide of their own as they move their hips, shake their hands, and converse with men playing the bass drum called a coancha.
Posted by W Bill Smith at 2:02 PM