Where My Birthmark Dances

*The following is a guest post by writer Octavia McBride-Ahebee, whose poetry collection, Where My Birthmark Dances, was recently published by Finishing Line Press.   http://omcbride-ahebee.blogspot.com/ 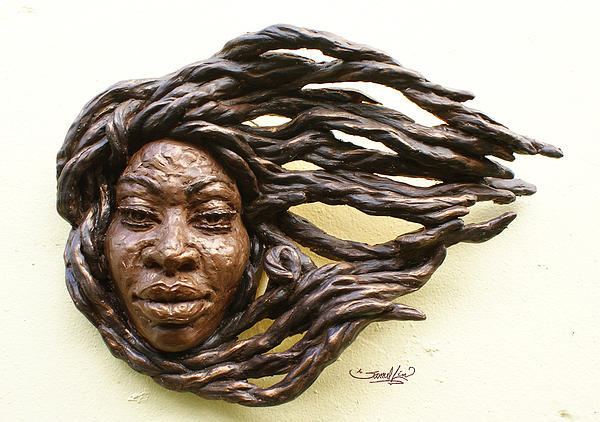 I always thank my C- shaped spine for alerting me early to the fact that black folk existed in other parts of the world other than just Philadelphia and that they had other narratives, told in other languages of what we share and how we are distinct.   The idea, the possibility, the fact that we were everywhere, opened me to the whole of the world.
As a child, I had scoliosis –curvature of the spine-and I received, for many years, medical treatment in the form of braces and physical therapy and finally a spinal fusion at Shriners’ Hospital for Children.  Children from all over the world came to  that strip of Roosevelt Blvd, in Northeast Philly,  to be treated and I was fortunate to have the foundations of my  little girl worldview shaken at its core while having my spine stretched and supported.   During the decade of the 1970s, when I was both an outpatient and inpatient at Shriners, I was one of very few African-Americans who received care there.  Seeing another kid of color was always a pleasure for me. On one visit, when I about 10, I was startled to see, what I thought to be, a US African-American girl.  She was younger than I, perhaps 5 or 6 years old, and she was unusually small and unable to walk.  She was in a mobile crib-like contraption.  She appeared to be without her parents and a nurse was escorting her to radiology, where we both were to have x-rays taken. She must have felt very alone, because she started to cry and then to babble.  But quickly, my ears were able to discern that there was a method and a purpose and lyricism to her outburst.  It was almost poetic.   My father, who had accompanied me that day to the hospital, said the girl was speaking Spanish. WOW, I thought, a black person, a child, speaking another language.
I remember the care and precision with which my father proceeded to enumerate the seemingly endless possibilities of where that beautiful, black girl –immobile and all alone-might be from in the world-North Philly, Puerto Rico, Colombia, Spain, Peru, Dominican Republic, Equatorial Guinea…. She and her Spanish-speaking-self, though seemingly caged, unleashed my sense of wonder about the world.  She marked the beginning of my wanderlust.  That propitious meeting happened almost 40 years ago.  In honor of that girl and her lasting impression on me, I share with you the following African singers whose tell their stories in Spanish:  Concha Buika from Equatorial Guinea/Spain,   Choc Quib Town from Colombia and Susana Baca from Peru.
1.       Concha Buika
http://www.youtube.com/watch?v=icd1c3FpnC4&feature=related
2.  ChocQuib Town
http://www.youtube.com/watch?v=yMS4J6Gp6e4