They Are Trying to Be So Slick! 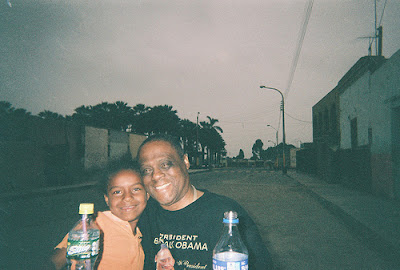 My goddaughter Daniela and me in El Carmen, Perú

A Peruvian friend of mine living here in Oakland warned that me one day that people in Perú will try to use my goddaughter Daniela, who lives in Peru, to get more money out of me because they know I have a soft spot for her. Being a seasoned traveler, I was not surprised and I only knew it would be matter of time before some jerk tries it. Sure enough, it happened. I recently wired money to Daniela's uncle to buy her another bicycle as her first one was broken and sold to someone who can fix it. I paid him some money in exchange for doing me that favor. Daniela was such a happy camper I was happy for her. Especially when the family next door, who gives me a room to stay when I'm in Perú, sent me a picture of her on her new bicycle. 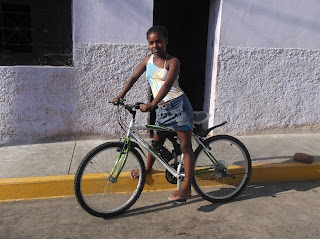 I called a few days later to see how she liked it, and that's when Daniela told me that she needed $150 worth of school supplies (in February). I asked her describe exactly what she needed, and it was the usual, a notebook, pencils, erasers, and things that don't cost any more than $10. I knew that this request was not Daniela's idea. In fact, I can hear the concern in her voice that she was not comfortable lying to me. Someone is trying to be slick. I've wired money to Daniela's family frequently in the past without their ever asking for a dime. It's saddening that a 10-year-old is being taught by so-called role models to be so dishonest. Very sad! I can only pray that this does not corrupt her as she reaches maturity.