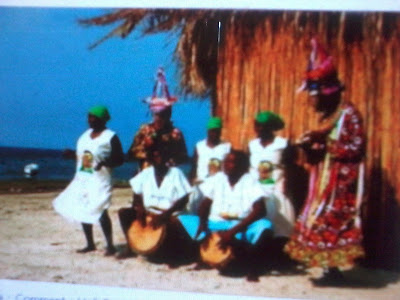 After watching the premiere showing of the film Garífuna in Peril, about black communitiesin Honduras as well as those in Belize, Guatemala, and Nicaragua losing their land, it is a strong reminder of what black communities face here in the US. My friend and fellow member of a 5000+-member black owned travel group, NomadnessTravel Tribe, is a community leader in San Francisco, California, whom I invited to express her views regarding the challenges of black communities in the USA and in Central America.

Recently, I had the wonderful opportunity to see a movie titled Garífuna in Peril, about black community in Honduras, as well as Beliz Guatemala, and Nicaragua, losing their land to tourism. It was a remarkable story of a teacher in Los Angeles and his journey to open a school in his home in Honduras. Even though I was born and raised in the Bayview Hunter’s Point, a historically black community in San Francisco, California, this story touched on so many experiences my community faced and faces each day. The story was funny, moving, historical and most of all powerful. The similarities of trying to retain a rich Garífuna culture and gentrification in the Bayview Hunters Point struck a powerful cord in me. A people (Garífuna & African American’s in the Bayview and elsewhere) whose desire to be treated with respect and dignity resonated on the film and in my heart as I watched each scene.

I personally could relate to the main character, Ricardo whose desire is to teach his community the importance of knowing their history and language.  Not to lose their identity or the rich customs that he grew up with in Honduras. It literally “Takes A Village” to grow, heal and prosper and when we depart or assimilate to other ideologies our customs become convoluted and lost. Watching Ricardo’s brother Miguel being deceived to sell his land for $5000 as a huge resort plans their own expansion is the same as watching residents today in my community of Bayview Hunters Point seeing homes being built on a toxic old shipyard site while developer’s try to get the community to believe it’s for our best interest was disheartening. Listening to Ricardo’s son learn the importance of speaking the Garíuna’s language and staying connected reminded me of a summer program I just finished with youth in my own community as they were amazed how connected all the families were when I grew up in the same community over 50 years ago. I could see how traditions have been lost in my community and the trade-off of school busing, technology and displacement destroys a neighborhood that is not allowed access in the global workplace. Now this same community is plagued with the highest rates of violence, poverty, unemployment, and chronic illness than any other neighborhood in San Francisco.

Even though this movie was based in a land 2,800 miles away from San Francisco, I felt this same story could have been made in the Bayview Hunters Point neighborhood with just different names and language. It is clear that black people universally must both solve their own problems and structure a local, national and universal plan of actions that put our priorities first and foremost. Self-empowerment is the only road to economic justice. Knowing “Our History” keep us connected as a people. Freedom is never Free, but we must learn to stop hating ourselves because of our heritage and mobilize ourselves to fight the inherited legacy of permanent poverty and powerlessness. We need to be showing this in classrooms everywhere and teach our African America, Latino, and other community members the richness of our heritage. I recommend everyone of African descent to see this movie.

If you are in the Oakland, California area you are invited to see a second showing of this film on Friday, September 17, 7:00 pm at East Side Cultural Center, 2277 International Blvd (23rd Avenue).