In 2011, the National Afro-Bolivian Council declared September to be Black Heritage Month with September 23rd being black Bolivia’s equivalent of the Juneteenth celebration as slavery was abolished in 1848. However, more recently, Bolivians of African ancestry are mentioned in the new constitution as one of the 36 Bolivian nationalities. 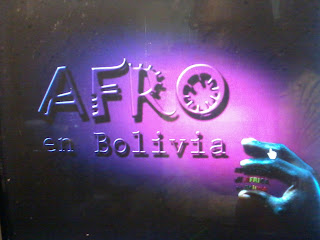 Jorge Medina is the first Afro-Bolivian to hold political office in Bolivia's Parliament and host of a radio show called African Roots, which broadcasts Afro-Bolivian issues. He makes it very clear that Black Bolivians are not here only to make people dance to black music. We are here to make people think, believe, and consider the black people as an integral part of our nation’s culture. This is “our” awakening, he asserts! 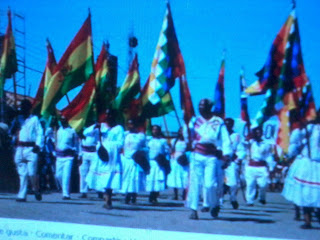 There are people in Bolivia who have no idea that there are Blacks in their country, and there are others who do not want to know. Afro-Bolivians already started to develop links with other black communities in South America to get international recognition.  Afro-Bolivians are found in all of Bolivia's major cities. In La Paz, the nation's capital, black Bolivians live on the outskirts of town. In a patch of rainforest in the Andes Mountains, three-hours from La Paz, there is a hidden kingdom of Afro-Bolivians called Los Yungas. 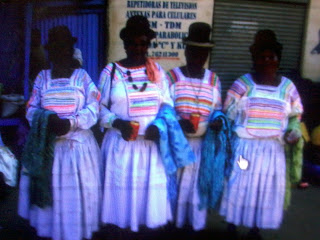 The African inspired music in Bolivia is La Saya. Although it's growing in popularity in Bolivia, the music itself is still misunderstood. In fact, it has been said that the only people who do understand La Saya and can interpret it, naturally, are the Afro-Bolivians themselves. The music involves Andean instruments of the native Aymara people with African percussion, like the drum passed down from their African ancestors. 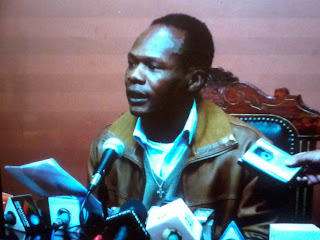 Jorge Medina, the first black representative
in the Bolivian Parliament

Because Bolivian census figures do not include race, the exact black Bolivian population is debatable. For example, some sources argue that the Afro-Bolivians population is as low as 6,000, and if you count the one-drop rule, the population can be as high as 158,000 or better. Although black Bolivians speak mostly Spanish, the Spanish spoken by those living in rural areas includes a small vocabulary of African languages. Blacks in Bolivia take such pride in their history and culture that they are taking extensive measures to preserve it.