The Black Population of Nicaragua 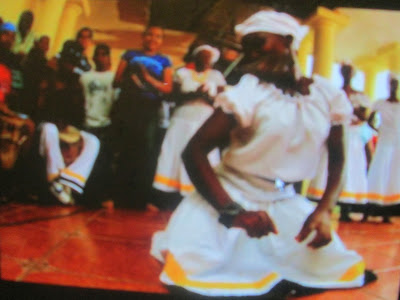 It was at the Caribee Dance Center, my salsa music hangout in Oakland, CA, where I noticed a black guy consistently dancing so smoothly with the ladies. Every time I see a black salsero (salsa dancer), I usually figure that he may be from New York, Puerto Rico, or Cuba. Eventually, he and I met and got into a brief conversation. I asked where he is from. When he responded with... Nicaragua, I snapped in utter astonishment, you’re kidding! The brother was speechless because I was just one more American letting a piece of my ignorance slip out into the open. I really should have known better because other Nicaraguans told me of a sizable black population in their home country. I even saw a film on Black Nicaragua at a Latin-American cultural center. But none of that stuck in my mind until I myself met this black Nicaraguan brother staring me in face. Now Bluefields, a predominately black community on the east coast of Nicaragua, is on my list of places to visit. 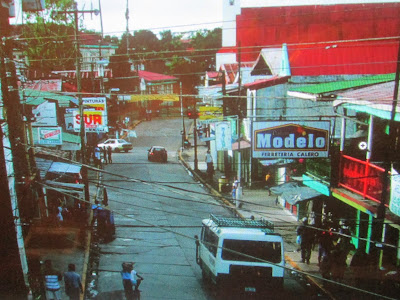 
Blacks make up at least 10% of Nicaragua's population (almost 600,000 according to the CIA Fact Book). They mainly reside on the country's sparsely populated Caribbean or Atlantic coast, better known as the Mosquito Coast. The people are mostly of descendants of indentured laborers brought mostly from Jamaica when the region was a British protectorate. There is also a smaller number of Garífuna, a people of mixed African and indigenous heritage who originally came from the island of St. Vincent where they rebelled against British slave traders, migrated to the Honduran coast, and from there, spread to the rest of the Central American coast, which includes Nicaragua.

Slaves first began arriving in Nicaragua as servants of the Spanish Conquistadors and of civil and religious officials in the early part of 16th century. Most of the Spanish who emigrated to the Americas were men who interbred with indigenous and black slaves. So, as early as the eighteenth century, most of the Nicaraguan slaves were mulattos. By 1820, those with a quarter black blood and other mixtures made up 84% of the population. After the British withdrawal from the Nicaragua’s Caribbean coast, it remained an autonomous region for 44 years with its own laws and regulations before the president of  Nicaragua, José Santos Zelaya, reintegrated the area and built the Nicaraguan government institutions and structures, forming schools, police, government, etc.