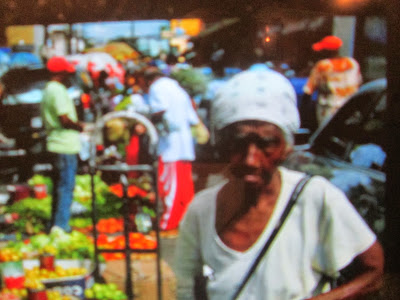 Once again, I was ready to take advantage of my accrued and approved 30-day vacation at a reputable San Francisco social service agency. Already well ahead in my quarterly productivity goals as a workforce development specialist, I gleefully clicked “send” on an e-mail reminding my colleagues not to refer any new clients for another month.

The company's executive director, in an extremely rare person-to-person e-mail, asked where I was going—this time. With excitement I responded, Miami, Lima, and Caracas. She followed up with a comment that hinged on sarcasm, and even jealousy about my annual travel experience. I immediately dismissed such thoughts as my imagination because my logic strongly dictated that she makes twice my salary. How in hell could she be jealous?

Naively, I thought that I was impressing her, not only with my work-performance, but also by spending my vacations improving my Spanish and immersing myself in Latin-American culture; thus, better serving my company’s Spanish-speaking clientele. After all, one of the reasons I was hired in the first place was because of my Spanish.

However, there was some discussion among members of my predominately black travel group, Nomad-ness Travel Tribe, stating that it is not a good idea to talk so extensively about your travels in the workplace. It can cause some hard feelings because you are living your dreams and others aren’t.

This, I must confess, is where I’m guilty as sin. One of my co-workers stopped speaking to me altogether. It's not that I was bragging about my travels; I was overflowing with joy, excitement, and anticipation. On Friday's, I proudly sported soccer jerseys from Ecuador and Perú, and a baseball jersey from Venezuela. Even my office was filled with pictures, currency, and artifacts from the countries that I’ve visited.

An African-American CEO who himself, at one time, experienced a nasty termination from a job, is in agreement with my travel group. He pointed out that my company’s management may have been wondering where does this n… (expletive) get the means to do all of this traveling.

Wow, I could have told them if they had only asked! I know how to travel very cheaply. In fact, I wrote a blog article entitled, Enjoy Travel Without Being Wealthy. The cost of my round trip tickets to Miami, Lima, and Caracas from San Francisco was only $917.

Unfortunately, two months after my trip, I was terminated from my job. Did this have anything to do with the jealousy that I sensed from the executive director's e-mail, who knows? The formal reason given was the result of “one,” lousy honest mistake that I made in my four years with the company. Although, I certainly do not defend the error, my intentions were well-meaning and pure, and I was expecting a strong reprimand, or at worst, a write-up.

However, the reason given publicly for my termination was that my position was being “restructured” due to downsizing, which made more sense because I was never replaced. Meanwhile, the vacation time of the remaining employees have been reportedly cut. Hmmmm!
Posted by W Bill Smith at 12:00 AM