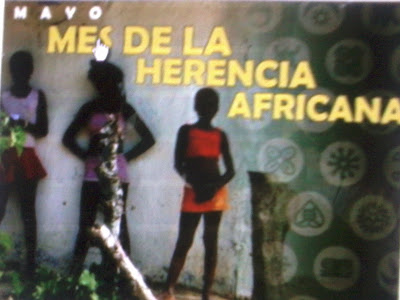 As expected, since my return to New York City, and after teaching myself Spanish and traveling to nine Spanish-speaking countries being totally immersed in the language, I have a much better command of Spanish, which is not perfect, but adequate, and I'm loving my developing Afro-Latino connections.

In California where I was living most of my adult life, people thought I was Cuban assuming if you are black and speak Spanish you must be Cuban. Even while in Perú and Ecuador, people thought I was either Cuban or Puerto Rican, in addition to Panamanian or Brazilian; again, people were looking at the color of my skin.

Just yesterday in the Bronx, however; I was in engaged in a Spanish-speaking conversation with a Boricua (Puerto Rican), a Garífuna (descendant of escaped slaves in Honduras who fought the British for their freedom and won), and a Dominican. All three, including the Dominican, thought my roots were in the Dominican Republic. Amazing!

Surprisingly, I still run into Spanish speakers who seem to feel that if you are black that there is no way in the world that you could speak Spanish. That too is amazing, especially in a city with such a large Afro-Latino population.

Pedro, an Afro-Venezuelan friend living in Washington DC reminded me that many of these Latinos who come to the US stereotyping blacks do not even have a high school education, and can easily be brainwashed. He says that as a black man he gets the same reaction from non-black Latinos and really feels sorry for a lot of them because, obviously, the school systems are failing them.
Posted by W Bill Smith at 8:22 AM