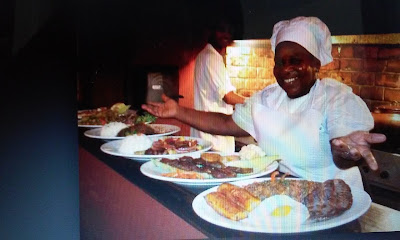 This former Afro-Peruvian slave plantation is now a tourist attraction in Perú's District of El Carmen, dubbed as the hub of black Peruvian culture.

By 1635, as a result of the slave trade, Perú had a black majority, which started to decline around the year of 1700 due to interracial relationships and marriages with the Spanish and indigenous populations.

During the 1540s slave revolts occurred and were immediately put down. One of the successful slave revolts was on a sugar plantation in Southern Peru called Hacienda San José; built in 1868 in Perú's District of El Carmen, and lasted until a rebellion of more than 300 African slaves took place in 1879 . 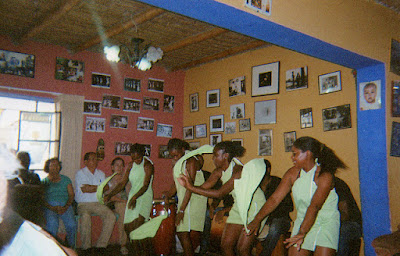 On Sundays, there a dinner buffet (S70) accompanied by Afro-Peruvian dancing. A spectacularly ruined cotton factory, dating from 1913, sits next door.


The plantation owner was hacked down like sugar cane by machete wielding slave rebels on the principal stair entrance. Descendants of these slaves still populate the District of El Carmen where my goddaughter lives and where I visit every chance I get.

Today, this plantation (or hacienda) has been converted into a tourist attraction where people spend the night. Guided tours are in Spanish packed with 300 years’ black history. They serve an extraordinary Sunday lunch buffet featuring full range comida criolla (Peruvian soul food), and an Afro-Peruvian music and dance performances.

I am second from the left hanging out at
a party in Perú's District of El Carmen.


The Hacienda San Jose is essentially a huge house that withstood two huge earthquakes, one in 1974 and the other in 2007. It is surrounded by luscious green gardens, a beautiful pool, an old cotton mill, and dusty cobbled streets.