Thinking of Stepping Away From my Beloved Afro-Peruvian Godchild 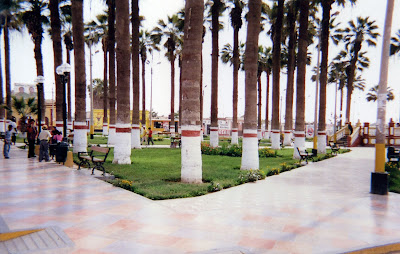 I am among the few heterosexual, black males who made it well into adulthood without birthing any children. I don't know about the minuses of this experience, but I am certainly aware of the plusses; no hefty child support payments, no “baby-momma” drama, and none of the stresses that comes with raising children as my father, a single parent himself, frequently lamented during my own childhood.

My trip to El Carmen, Perú, one of the areas of the country where former slaves settled after emancipation, was only my second trip to an Afro-Latino community behind Havana, Cuba.

There, a three-year-old wandered into the living room from next door. She sweetly told me that her name is Daniela. Immediately, I felt a deep, strong, paternal connection with a girl who appeared to be the daughter I never had. Her mother was deeply touched to see the ecstasy in my eyes when Daniela, then age 7, and I hugged each other so tightly that we both seemed to melt into each other's arms. 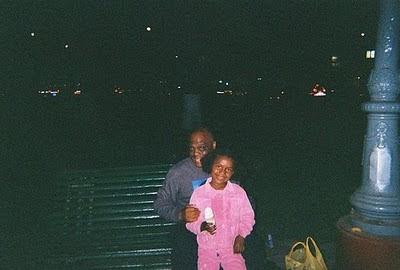 Daniela and I chilling out in Chincha Alta, Perú

Words cannot express how honored and loving I felt when Daniela asked me if she could be my daughter. In fact, Daniela was highly pleased to hear me tell her mother who happens to be married to a second husband that she is my only child. Every time I am in Perú that is exactly how I treat her. I take her and her family and friends to parks, recreation centers, the beach, and for dinners and ice cream.

Although Daniela declined to let me teach her English, I read children's stories to her in Spanish, taught her to tell time, and play chess, Scrabble, and Monopoly. I even bought her a bicycle, per her request. While here in the USA, I would call her once or twice a month and wire money to her mother and grandmother.

Finally, I began to notice a marked change in Daniela's demeanor over the phone. The closeness I once felt seemed faded. I told myself that I will see what this is all about when I return to Perú on vacation.

Sure enough, upon my return, her demeanor was consistent with that which she displayed over the phone—one of polite distance. Obviously, somebody pulled her aside for a heart-to-heart talk making her understand that I am “not” family, only a gringo with money to give away, and that she needed to withdraw from the bond that she and I developed. 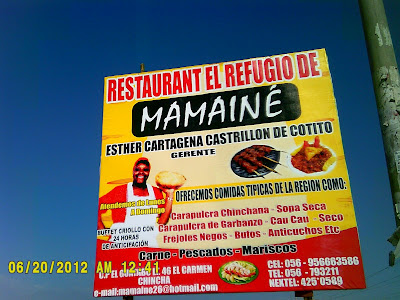 The only exception to her withdrawal was when she surprisingly began hustling me, probably motivated by her mother, to take her and her sister to an expensive market to buy the best poultry and fish for the family. She then proceeded to talk me into buying certain gifts for her and other members of her family presumably for her mother to sell just as she sold the bicycle, games, picture books, the clock used to teach her to tell time, and so many other nice things that I bought for Daniela's childhood enjoyment and intellectual stimulation.

Having grown up in New York City, and traveled to more than 150 cities on three continents, I know a hustle when I see one and was caught off guard to experience it from a nine-year-old with whom I had supposedly bonded. Because of the soft spot I have for her, which her family knows all too well, I complied with most of her requests.

Today, Daniela, now 14, her mother, and other family members friended me on Facebook as they subtly and not so subtly ask for money. I've grown to the point where I stopped responding to their Facebook inbox messages, and yes, even Daniela's.

Despite the spoiling that Daniela received from adult members of her family, I will always keep the fond, joyous memories of our beautiful father-daughter relationship we had in the beginning. That is the Daniela that I know and will always love.
Posted by W Bill Smith at 3:50 PM