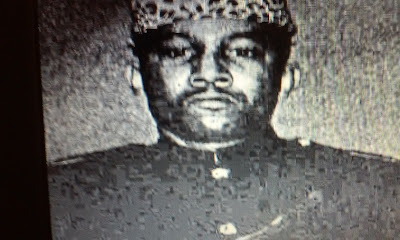 Carlos Cooks of the Dominican Republic

Marcus Garvey was a Jamaican political leader, publisher, journalist, entrepreneur, and orator who was a staunch proponent of unity and self-help among members of the African diaspora to which end he founded the Universal Negro Improvement Association (UNIA). The (UNIA) claimed 418 branches throughout the United States, the Caribbean, Central America, and parts of South America, West Africa, and South Africa.

He also founded the Black Star Line, which promoted the return of the African diaspora to their ancestral lands. Garvey's philosophy would eventually inspire others, ranging from the Nation of Islam to the Rastafari movement, which proclaims Garvey as a prophet.

Carlos Cook of the Dominican Republic met Marcus Garvey and was highly transformed by his fiery messages. Carlos was determined to dedicate his life to disseminating these teachings in his native Dominican Republic. Unfortunately, his country's anti-black dictator gave Cooks an ultimatum: “either go into exile immediately or face the consequences." 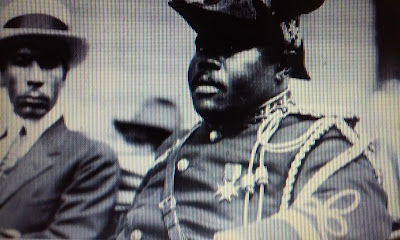 Carlos and his family relocated to Harlem, New York City, and never returned. Thus, the heavily black populated Dominican Republic missed the opportunity to learn of and apply the teachings of Marcus Garvey for the rest of the 20th century.

During Cook's lifetime, however, he never received his proper recognition due to being denied national coverage by the press, black and white, and was bound by an oath (the sacri monti) not to seek publicity for himself. Malcolm X himself expressed his respects to Mr. Cook because he is real Garveyite. Below are some of Carlos Cook's leading accomplishments: