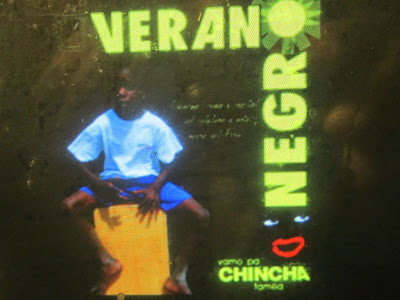 I have fought many years as a youngster growing up in the U.S., and not being accepted by blacks because they say I was “different,” and not accepted by Latinos because I did not look like Ricky Martin.”

—Marcus Edwin, son of a black Cuban mother
and a black Panamanian father

In one sense, I can feel Marcus' pain, and I am African American. Having grown up in New York City where the black community is much more diverse in terms of lifestyles, attitudes, and cultural interests than a city like Oakland, California where I spent most of my adult life; a city where the black community overwhelmingly considered me to be “different” and reacted to me accordingly.

As a defense mechanism, I punctuated my “difference” by keeping my New York accent as well as my direct, straight-forward style of communication. I even came out of my proverbial closet as a lover of the Afro-Latino culture embracing the music, re-learning the language, and taking vacations to Spanish-speaking countries. As a result, some of the Oakland black folks were shallow enough to ask me if I am “black.”

When the PBS series, Black in Latin America hosted by Dr. Henry Louis Gates aired; it not only triggered a sharp increase in my blog readership but awakened more African Americans outside of New York to the existence of a Spanish-speaking black community.

In response to the aired series, Tomáas Fernández Robaina of the National Library of Cuba, wrote in his essay of black struggles erupting in Latin-American countries, and how they should be recognized by all members of the African diaspora living in the Americas so our collective demands will gain more social and political strength, and become more internationally visible.

Marcus himself expressed delight that black Latinos are finally being noticed. His mother being black and Cuban, and his father, black and Panamanian, raised him and his siblings to be proud of their blackness, but as a kid growing up in the U.S., he was not accepted by blacks because he was perceived as “different,” and not accepted by Latinos because he lacked the stereotypical look of a Ricky Martin.

Elicia, an African American was enlighted by the series had no idea that African slaves were brought to Latin America. As a matter of fact, slave ships made their way through the Spanish-speaking countries over 100 years before coming to the U.S.

Murphy Brown of Guyana, South America, says that it is way past time that the presence of Africans in Latin America acknowledged. She herself freaked out when she met a black Portuguese-speaking Brazilian for the first time. It finally dawned on her that black folks in the Americas speak a diversity of languages.

Miticia, whose family is from Costa Rica, Central America, is shocked that so many people are unaware of the fact that one could be both black and Latino. People would ask her how long it took her to learn Spanish, And when she tells them of her family roots, they respond with a look of surprise and a frown. She firmly reminds them that black people are everywhere.

Mark, a black man of Dominican and Puerto Rican heritage, lives in San Antonio, Texas with a large Mexican population. He finds that people are shocked when they hear him speak Spanish; however, he is still given the second-class treatment in a city that caters to white and brown people.
From my personal travel experience in Latin America, I noticed the same thing that Mark experienced in San Antonio where white and brown people are treated much better than black and indigenous people.

There were instances when non-blacks didn't realize that I was a foreign visitor, and treated me with less respect than they would have if I were a white person. Of course, when they realized that I am American, presumably with a pocket full of money, their attitudes instantly change for the better. In Latin America, money whitens black skin.