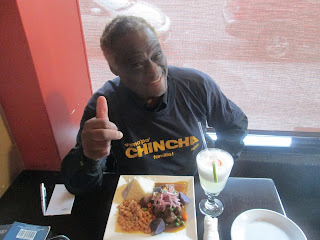 Chowing down on a Peruvian dinner with a
glass of pisco sour, Perú's national drink

Normally, I am very confident and perform impressively during job interviews, but this time, the hiring manager asked if it was OK to switch our conversation to Spanish. This was unprecedented, and for once, I felt quite nervous as always around bilingual Latinos. Reluctantly I complied, and surprisingly, passed the interview with flying colors.  The company wasted no time bringing me on board.

I credit a recent trip to Cuba (legally) where I spent two weeks at a Spanish-language intensive training sponsored in partnership with Global Exchange, Inc. based in San Francisco, California and the University of Havana offering beginning to advanced Spanish classes to foreigners. 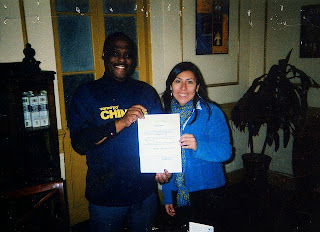 Being primarily self-taught in Spanish, I've been encouraged to try a Spanish language immersion school for more rapid development. Such schools can be found in every Spanish-speaking country. In Perú and Ecuador where I've made several visits, you can get private lessons for an equivalent of $5.00 - $7.00 per hour vs. the $30.00 - $40.00 per hour charged here in the U.S. 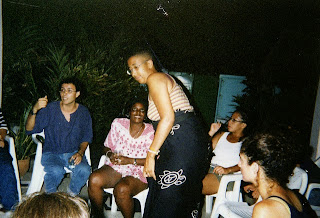 
I chose the immersion schools in Cuba and Perú because I love and appreciate the music of both countries. You don't learn textbook Spanish in an immersion school as your focus is strictly on "conversation." In my opinion; however, you get the best results if you've had at least one semester of Spanish in high school or college or have been self taught such as I.

In an immersion school, your instructors do not speak English, neither do your tutors, nor your host family. After one week, I started waking up in the morning "thinking" and even had a couple of dreams in Spanish. 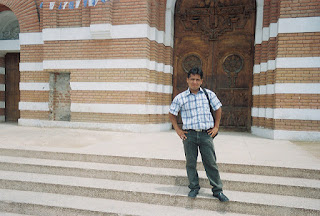 Jaime, of Chincha, Perú who charged me under $5.00 per
hour to drill me on my Spanish as we roamed about town

In Havana, Cuba, I made it my business to mix with Cuban citizens after school where I visited and dined with the family of a Cuban expat friend living in the U.S., dated and went salsa dancing with neighborhood women, and was invited to the home of a vendor at the University of Havana. A bicycle taxi driver I hired taught me Cuban slang words on our way to my destinations. All of this supplemented my Spanish training at the University of Havana. 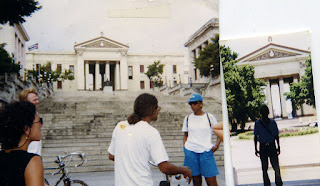 
In Perú, I did the same thing, especially on weekends where I stayed with an Afro-Peruvian music and dance family who lived three hours south of Lima, the nation's capital where they had numerous dance performances in their home. I never had to go anywhere for entertainment because there was always something going on right there in the community. This family treated me with so much love that, to this day, they inspire and welcome me to make repeated trips to Perú, and I did. 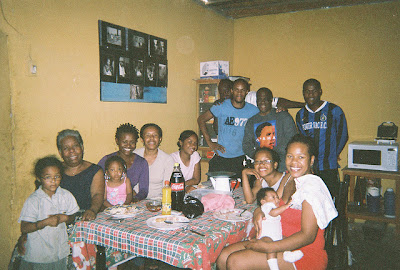 I'm standing in the back, 2nd from the right, with Perú's famous
Ballumbrosio family who gave me a room during my visits

Practicing your Spanish with U.S. Latinos is not generally the best option because too many have issues speaking Spanish with non-native speakers, especially if their English is equally fluent. There are others who are so Americanized that they are more comfortable with English, and may not speak any Spanish at all. And still, there are others who are so determined to perfect their English that they find we Spanish learners to be an irritating distraction.

Thus, an immersion school in a Spanish-speaking country would be worth the investment; even if it's just for a vacation, which is exactly what I did in Cuba and in my first trip to Perú. I also vacationed in six other Latin-American countries while noticing an obviously huge difference in my Spanish, which was often used on my various jobs. 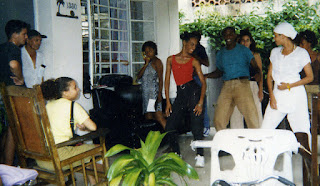 Finally, for those of you who've had Spanish in school way back in the day, and think you've forgotten everything, I would challenge you to just spend a few days in a Spanish-speaking country where no one speaks English, and you will be pleasantly surprised at how much of what you've think you've forgotten suddenly rises to the surface.