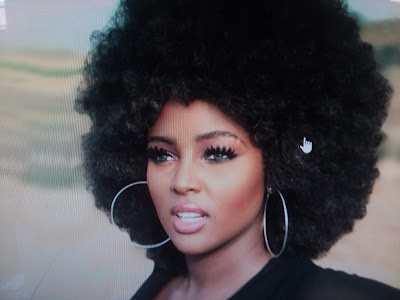 
A 19-year old Chicagoan of Afro-Mexican ancestry does not feel fully accepted by his Mexican-American community because of his color. Even when he visits Mexico speaking his first language, Spanish, he is marked as different, which often tempts him to embrace the African-American community where he encounters another problem; he is too Latino to be black. Other Afro Latinos in the U.S. feel forced to choose which side they are on, black American or Latino.

My lady friend whom I will call Antonia, also a Spanish speaker of Honduran (Garífuna) ancestry, grew up living as an African-American. She was once married to one and her children blend perfectly into the African-American social circle. Despite my ardent interest in Afro-Latino culture, she always appeared very reluctant to discuss the Latina side of her bloodline.

One evening, she and I went to see a live performance of the Afro-Peruvian dance troupe Perú Negro. Although, I myself was engaging the Peruvian patrons in Spanish, she simply eavesdropped refusing to let other Spanish speakers know that she speaks the language seemingly preferring to be a downlow Latina.

Then there is Mariela who could easily pass for black American, but chooses to only identify herself by her nationality, Puerto Rican. One day, she snapped at me stating, “what you’ve got to understand, Bill, is that when people say “black,” they mean African American.” When I tried to give her some historical facts about black heritage around the world, and even in Puerto Rico, she literally flew off the handle hurling personal insults in an attempt to distract me from the main point of our discussion.

Mariela practices what is known in Latin America as “mejorar la raza (improving the race)" or “blanquemiento (whitening)” where she sought and found a Puerto Rican marital partner who is of fairer complexion so her children will appear to be something other than black. "Our culture has to move forward," she asserts.

Below is a link as well as a copy of the original article about the Afro-Latino dilemma:

ORIGINAL ARTICLE—Bringing Attention to What's Between the Lines: The Afro Latinx Community in Chicago

He is a self-proclaimed Afro-Latino living with his Mexican immigrant mother, Veronica Hernandez, on the north side of Chicago.
"Growing up, my twin brother would burn his curly hair straight just to try to fit in. We’ve never felt a part of the black community or even the Mexican community; it’s a shame.”
Tyson Hernandez is not alone in feeling isolated and confused as an Afro-Latino.
In a survey conducted by the Pew Research Center in 2016 —which focused on Afro-Latinx for the first time in history— it was reported that 24% of Latinos, almost a quarter of the 57 million, identify as Afro-Latinos, Afro-Caribbean or of African descent, but only 18% said they were Black, 24% identified as Hispanics and the majority, 39% said they identify as white. That is perhaps, an example of the convoluted nature of identity hanging on the Latinx population.
After much deliberation, Tyson believes he is “more Black.”
“But I’m definitely Afro-Latino. My mom used to take me to Mexico, and even though I was able to speak Spanish, the kids didn’t like me. After that, I figured I needed to try to be more Black because the Mexicans don’t like,’ he said. “I’ve always felt like I have to be one or the other.”
The Afro-Latinx plight is unique because prejudice and stereotypes historically shackle it. It dates back to the colonization of Latin America when about 15 times as many slaves were taken to Latin American than the United States, according to historians.
And although there are roughly 130 million people of African descent living in Latin America, that is 25% of the population, the legacy of colorism has maintained them at the margins.
Veronica Hernandez, 50, Tyson’s mother, was born in Mexico and moved to the states at the age of 8, she recalls how her father was worried and scared for her children.
“He said that Mexicans weren’t liked here in the states and Blacks either,” she said. “He felt very sad that my children were going to be double discriminated.”
Still, few people acknowledge the term Afro-latinos and the struggles they face beyond identity issues.
“Some people still don’t recognize that there’s such a thing as Afro-Latinos,” said Ana Vicky Castillo, an Afro-Colombian educator, and historian in the Chicago area. “That’s our central struggle, our ethnicity is Latino, our race is Black, but we are too Black to be a Hispanic and too Latino to fit in with the Black community.”
In Chicago, an attempt to create an organization to bring visibility to issues affecting Afro-Latinos was founded in 2006. However, The Afro-Lati@ Insititute of Chicago (ALIC) lost momentum and did not proceed.
Later, Castillo, who had been a founder of ALIC, created the Afrolatinos Historical Society, a non-for-profit organization intended to advocate for the issues impacting Afro-latinos. Their purpose is to “bridge” the gap between Afro-Latinos and the African diaspora “so that people, in Latin America and in in the United States understand the legacy of this group of people and make them visible.”

“That invisibility is the cause of the racism and discrimination within the Latino community towards Black Latinos,” Castillo said. And while the organization looks to strengthen Black and Brown relationships, “first we must look to strengthen the relationship between the different afro-latinos in the United States and the within Latinos overall in Latin America.”
“Latinos are terribly racist to one another based on the color their skin,” Castillo said. “We have to fix that within our community to bring visibility to the Afro-Latinx.”
In Chicago, the presence of Afro-Boricuas, those Puerto Ricans with an African-decent, is significant, Castillo said. But there is also Afro-latinos from Panama, Afro-Colombians, Afro-Cubanos and a few Afro-Mexicanos, like Tyson.
“We’ve never really felt a part of the black community or the Mexican community it’s a shame,” said Tyson. “Some of the Mexicans I around call me ‘Negro’ and I don’t like that. They say it like it’s something nasty. Or, they say it in a nasty way. No show or movie about black people is going to make people less racist.”
VH1’s Love & Hip Hop: Miami star Amara La Negra, a self-identifying Black Dominican, is using her platform to speak on the need for more Afro-Latina representation in mainstream media.
In an interview on The Real, Amara La Negra said, “It doesn’t matter where you go, there are black people, but why aren’t we portrayed in the magazines, movies, the novelas?”
Castillo asks the same question and says she is committed to change that. While she works to find a headquarters office for AHS to continue with their mission, she is looking to compile data of the Afro-latinos living in the area to create those connections.
“Afro-panameños have events, Afro-Colombians, Afro-Cubanos, Afro-Boricuas already do have their individual events, it’s a matter of working together, inviting each other and finding that common ground,” Castillo said. “We must first recognize ourselves amongst each other, then with the Black community and then globally, pointing our presence in history books.”
Samantha Cook is a fourth-year journalism student at DePaul University. She collaborated with HOY's Laura Rodriguez on this story as part of the Define American Film Festival coverage for VOICE IT.
Contact Reporter
@LAURA_N_ROD / Larodriguez@hoyllc.com