Other than to practice my Spanish, I visited Perú to explore her rich, black heritage where its music and dance not only became national treasures, but also achieved international acclaim.
However, it was in the late 1950s to the 1970s, a cultural revival brought back old, forgotten African music that inadvertently merged with Spanish and indigenous music (the Incas) during slavery, resulting in a whole new genre of music... Afro Peruvian Music.
Here in the U.S., we celebrate Black Heritage in the month of February, and so does the land of the great Inca Empire, Perú where their black population is concentrated in the province of Chincha on the southern pacific coast of Perú . They call this celebration Verano Negro (Black Summer). Remember, in Perú, it is summertime from December through February. People from all over Perú and from different parts of the world flock to Chincha to celebrate Black Summer with the slogan, ¡Vamos Pa' Chincha Familia (Let's go to Chincha, brothers and sisters)! Black people in Perú refer to themselves as “familia.” 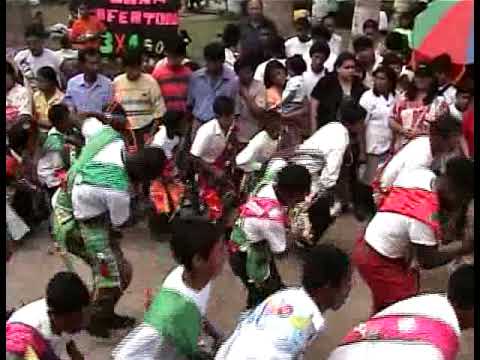 Children of El Carmen in
the province of Chincha, Perú

During my first trip to Perú, I started developing rapport with members of the community very quickly. I didn’t have to go anywhere for entertainment. It was all right there in the community Upon my arrival, I was greeted warmly and taken in by a black, musical family known throughout Perú as La Familia Ballumbrosio (the Ballumbrosio Family). I'm standing in the back (middle).


At taste of Peruvian "Soul Food" at Mamaine Restaurant 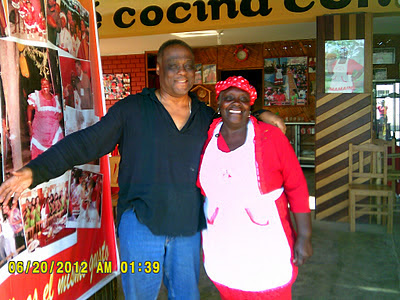 
El Carmen, Perú: A Home Away from Home