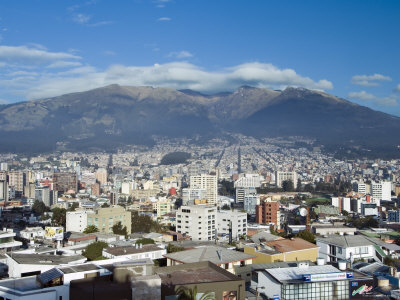 As a traveler, not a tourist, I prefer to stay away from tourist attractions and be among the everyday people of the places I visit. This, in my opinion, is the best way to experience the real culture; particularly if you want to master the language. In my case, Spanish. It was through Facebook where I met Freddy and Martha individually, not knowing they were boyfriend and girlfriend (novios). They and I have been corresponding for almost a year before my second trip to Quito, Ecuador. That's when I met them at Freddy's office on the campus of Universidad Andina de Simón Bolívar where Freddy works as a consultant of Afro-Ecuadorian Studies. He is originally from Ecuador's predominately black province of Esmeraldas, where escaped slaves originally settled and defeated Spanish forces to earn their freedom. Martha, who works nearby, came over to the office and the three of us had lunch in the university cafeteria. 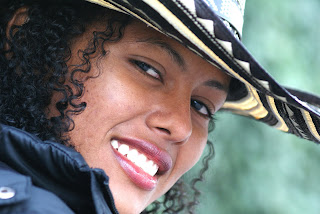 Martha is an Afro-Colombian immigrant originally from Barranquilla. She moved to Ecuador to seek better opportunities, which she says are not available to blacks in Colombia. This surprised me because I was just in Colombia (Cartagena) before traveling to Ecuador where I saw a large black presence working at the airport, in shops, driving taxi cabs, driving buses; much more than I saw in Ecuador. Martha explained to me that Colombia has a much larger black population than Ecuador, so obviously I will see a greater black presence; especially on the Caribbean coast of Cartagena.

What Freddy and I have in common is our interest in Black Studies. His focus is on Afro-Ecuadorian studies, and my focus initially was on African-American studies until I learned to converse in Spanish. That's when I developed an interest in Afro-Latino studies. During my time in Ecuador, I too had an interest in Afro-Ecuadorian studies. Freddy even hooked me up with the wife of Nelson Estumpiñan Bass, the man whom I consider to be the Langston Hughes of Ecuador. For those who know nothing about Langston Hughes, he was an African-American writer and poet who wrote about the black experience in the U.S. as Nelson Estumpiñan Bass wrote about the black experience in Ecuador.