Brazil's Boys in the Hood

Rio de Janeiro is the most visited city in the southern hemisphere and is known for its carnival celebrations, samba music, Bossa Nova, Copacabana, Ipanemea, and of course, the Christ the Redeemer statue, which has been named one of the New Seven Wonders of the Word.

I was watching the documentary Favela Rising, about life in one of Rio's most feared slum areas where poverty, drugs, gang wars, and police brutality claim the lives of youth by the thousands. The film focuses on Anderson Sá, a former drug trafficker who turns social revolutionary, working to make a difference in the lives of young people by organizing a hip hop and drumming group called Afro Reggae to help, which turned out to be very successful in steering young people away from crime and drugs. 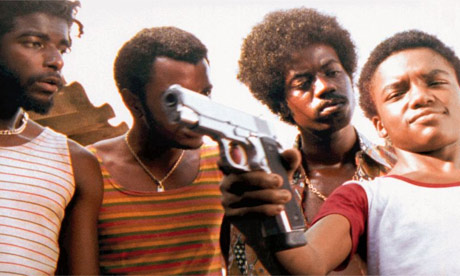 Haunted by the murders of his family and many of his friends, Anderson Sá used hip-hop music, the rhythms of the street, and Afro-Brazilian dance to rally his community to counteract the violent oppression enforced by teenage drug armies and sustained by corrupt police.

While watching this film, I began to wonder how many of us who are travelers and tourists, having so much fun; the time of our lives, think about the abject poverty close by; poverty suffered by many who, like I, are of African descent. Rio de Janeiro is one such place where not far from the tourist areas are impoverished shanty towns that would make any slum or housing project in U.S. ghettos look like an upper middle class community.

As a traveler, I prefer to find small ways of helping a man, a woman, or a child, particularly of African descent, who is not as fortunate as I, who am able to travel, enjoy life, and see it from a different, cultural perspective than what I'm accustomed. I try to find small ways of helping, like taking a family out to dinner, giving larger than normal tips, or patronizing black vendors.

Below are photos of my taking families to the beach and paying for their meals as I'm grateful to be in such a position to travel, and at the same time, help others while learning the culture and improving my Spanish. Taking my goddaughter Daniela (right/front) to the beach
in Chincha, Perú After the beach, it was dinner on me