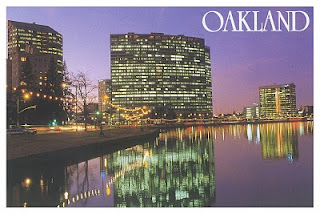 I first to Oakland from New York by way of the U.S. Navy where my ship was home-ported at the nearby Alameda Naval Air Station. It was years after my honorable discharge when I noticed an influx of Spanish-speaking immigrants. This, along with my undying love for salsa and Afro-Cuban music, made my desire to learn to speak Spanish resurface with a vengeance. When I first started teaching myself Spanish in New York at the age of 10, native speakers, white, brown, and black, insisted on answering me in English. That was discouraging, so I gave up trying. This time, while learning as an adult, I stayed away from those who were bilingual and focused my attention on non-English speakers.

Yolanda, a Mexican-American friend, noticed my progress in Spanish and advised me to learn the culture as well. I set out to do just that, but there was a problem---there must be at least 17 different Spanish-speaking cultures. Exactly where I was suppose to begin? Finally, after some serious thought, I decided the best place to start was with something I enjoyed most---salsa and Afro-Cuban music. I learned about their history and development through reading and my travel to Cuba.

I read books like Boricua: Anthology of Puerto Rican Writings by Roberto Santiago, When I Was Puerto Rican by Esmeralda Santiago (no kin to Roberto), and América by the Afro-Cuban Poet and Writer Nicolás Guillen. I then began reading as much as I could on Afro-Latinos, such as author/poet Nelson Estumpiñan Bass of Ecuador, dancer/choreographer/musician Ronaldo Campos of Perú, and the Mexican liberator and former president Vicente Guerrero (México's Barack Obama in 1829).

Of course, I began traveling to selected countries like Perú, Ecuador, Colombia, and Cuba. Countries like México, Panamá, and El Salvador were flukes where I took advantage of long layovers to roam about and practice my Spanish with the citizens.
Posted by W Bill Smith at 12:16 PM

Email ThisBlogThis!Share to TwitterShare to FacebookShare to Pinterest
Labels: Latinos