It was on a city bus in Oakland, CA when I found myself, out of frustration, lecturing (in Spanish) to a group of Mexican-American high school students who seemed to have felt that it was so comical to hear a black guy speaking Spanish. Although I personally am not of Latin American ancestry, I'm fairly knowledgeable of black history throughout Latin America, and  I’ve met very few people, including Mexicans, not to mention Mexican-Americans, who are aware of Mexico's third root in addition to the Spanish and the Indigenous—the African. 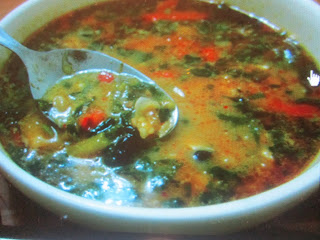 Mexico, then known as New Spain, was a key port of entry for slave ships, according to the 1946 book, La Población Negra de Mexico (The Black Population of Mexico), by the renowned Mexican anthropologist and professor at Mexico’s University of Vera Cruz, Gonzalo Aguirre Beltrán. During the colonial period, there were more Africans living in what we know today as Mexico than Europeans. Do you think these Africans just, “POOF,” disappeared? Not hardly. Instead they took part in forging a great racial mixture with European and the Indigenous people over a period exceeding 500 years. Therefore, Western and Central African cuisines contributed to the origin and evolution of popular Mexican culinary arts. 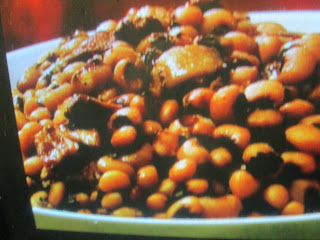 In Guanajuato, Mexico, which at one time had a substantial black population, blackeyed peas, which is closely associated with African cooking, is still a culinary legacy.

One of the most important contributions of African cooking was the widespread use of the peanut. Although the peanut originated in the Americas, it was not widely used by the Indigenous people of Mexico, but brought to Africa by the Portuguese. The peanut was then brought back with African slaves who had eagerly adopted it as a satisfying addition to their diet. Peanuts were used by Africans in meat stews, fish and vegetable dishes and in seasoning pastes for grilling. Ground with onions and chiles, they formed sauces something like the table salsa found in nearly every restaurant and homes in Mexico’s state of Veracruz. The colonial slaves who escaped from the Spanish often fled into the hills, and their culinary influence is particularly noticeable in the mountain regions of Veracruz. Today, peanuts are used throughout the country in desserts, baked goods, in drinks, ices and ice cream, and in sauces for chicken and pork. 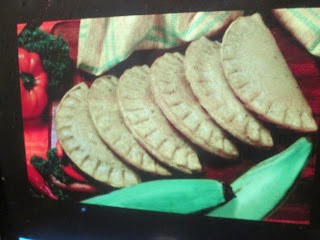 Empenadas de Plátanos (Plantain Empenandas) are among the most popular menu items at Mexico City's El Bajio, considered by many to be the best regional food restaurant in the city.

Another significant part of African cooking that became incorporated into Mexican regional cuisine was the use of plátanos (plantains), which came with the Africans via the Canary Islands. Plátanos are also found throughout the state of Veracruz and used to make dough for gorditas, tortitas, empanadas, and other goodies, which are now appreciated all over the country, and plantain empanadas are among the most popular menu items at Mexico City's El Bajio, considered by many to be the best regional food restaurant in the city. 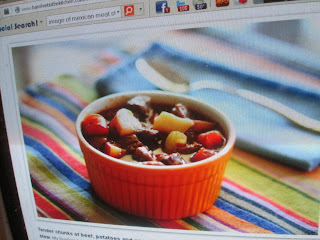 Peanuts were used by Africans in meat stews, fish and vegetable dishes and in seasoning pastes for grilling.

Tropical roots, such as yucca, malanga, taro, and sweet potato, collectively known as viandas, were other ingredients in the African kitchen that became important and traditionally provided readily available nourishment. Viandas are inexpensive and easy to grow, requiring no expensive fertilizers. They are also versatile and can be used in dishes ranging from croquettes in garlic and tomato sauces to dessert fritters and sweet tamales. They combine with tropical fruits, such as coconut and pineapple, to make delicious desserts. 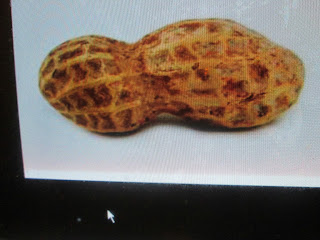 One of the most important contributions of African cooking was the widespread use of the peanut.

In Mexico’s state of Veracruz Africans have profoundly influenced people, cuisine, and music, and even the names many towns like Mocambo, Matamba, Mozomboa and Mandinga. Yet, African recipes have become part of Mexico's national cuisine well outside of Veracruz.
Posted by W Bill Smith at 12:00 AM