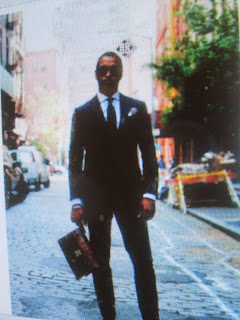 Since the Thanksgiving holidays, I’ve been gearing up for a hard-sell job search campaign for 2014, which includes a professional brand that will be so glaring that employers will either love me, reject me, or question me to see if my brand is flexible enough to fit their agenda. Thankfully, along with my side business as a professional résumé writer, I am happily employed, i.e., in a sense that I’m well-liked, a good fit, and most importantly, able to pay my bills. However, my current position is not in my beloved industry of workforce development, and certainly not using my best skills on their highest level, as Richard Nelson Bolles, author of the bestseller What Color is Your Parachute states so eloquently.

In my industry, the ability to speak Spanish has increasingly become a plus. That along with my other extensive experience and skills made me a virtual shoo-in for my last workforce development position. Because of my passion for the Spanish language and Latin American culture(s), which, to date, inspired my travels to nine Spanish-speaking counties, Spanish will be apart of my brand in my 2014 job search, although that would not be the absolute deciding factor in accepting a job offer.

The problem is that my Spanish has gotten pretty rusty since my last position held from 2008 to 2012 where I spoke the language daily because of the abundance of monolingual Spanish-speakers that my agency served. I even taught a one-hour job search workshop in Spanish. This is not to mention the fact that I spent all of my vacation time during those four years traveling to various countries in Latin America being totally immersed in the language and the culture{s).
The ambivalence I am having with marketing my Spanish is that it tempts employers to interview me in that language. I once sat in on a panel interview where one of my native Spanish-speaking co-workers  was designated to question the job candidate in Spanish while the rest of us were to question her in English. The native Spanish speaker literally grilled that candidate, and I’m afraid that one day the same could happen to me.

I was once interviewed by two managers, both of whom happened to be Latino. As usual, I handled myself quite well until one asked me a question in Spanish. For for the first time in my working life, I began stumbling over my words. Finally, I was able to blurt out the following statement in fluent Spanish: “hey, there is a problem! I speak better Spanish with those who speak Spanish only. Bilingual people, make me nervous!” That response worked like a charm as it has done in other interviews letting me off the hook. They were so impressed with how I said it that they told me not to worry because, once I get going, my Spanish is really OK.

However, there was one job interview where such verbal antics did not work. Again, I was being interviewed by a native Spanish-speaker, and fortunately, it was only three months after my return from Cuba where I attended a Spanish language intensive training at the University of Havana sponsored by  Global Exchange, Inc., based in San Francisco. Once the hiring manager was convinced of my qualifications, it was time to test my Spanish. To my pleasant surprise, I passed with flying colors and was hired.

As I go into 2014 ready to approach a very competitive job market with my marketing presentation ready, orally and in writing, I’m developing a marketing presentation in Spanish as well just to be on the safe side. In addition, I’ve been working on my Spanish grammar and listening to Spanish music like salsa, bachata, and Cuban hip-hop (wish me luck on the Cuban hip hop).
Posted by W Bill Smith at 12:00 AM