Bridging the Gap Between African-Americans and Afro-Latinos 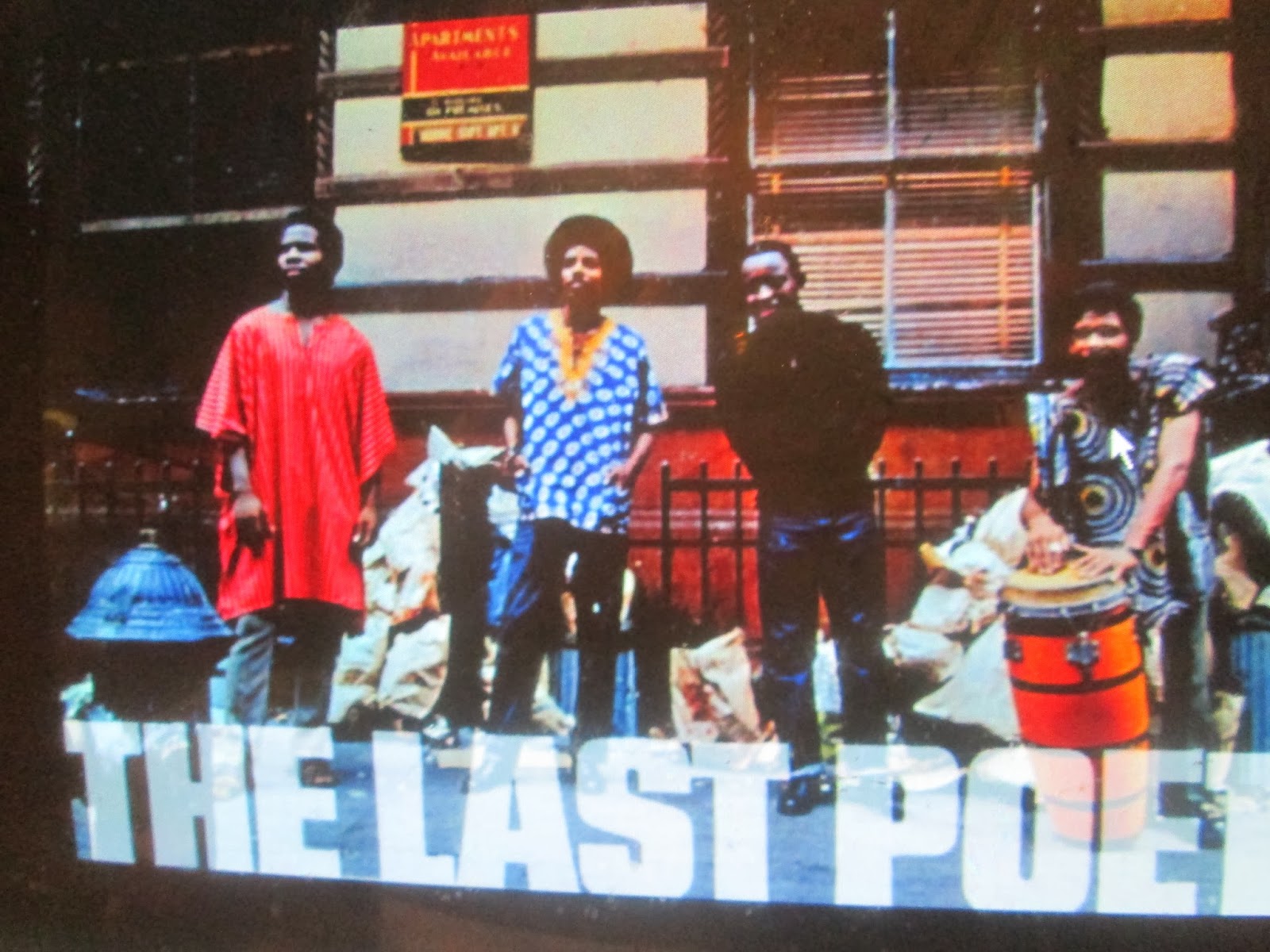 Above: Afro-Latino Felipe Luciano was member of the Last Poets who arose from the late 1960's civil rights and black nationalist movement. Below: Luciano started a New York Chapter of the Young Lords, a  Puerto Rican ally of the Black Panther Party. He later became a journalist, and media personality. 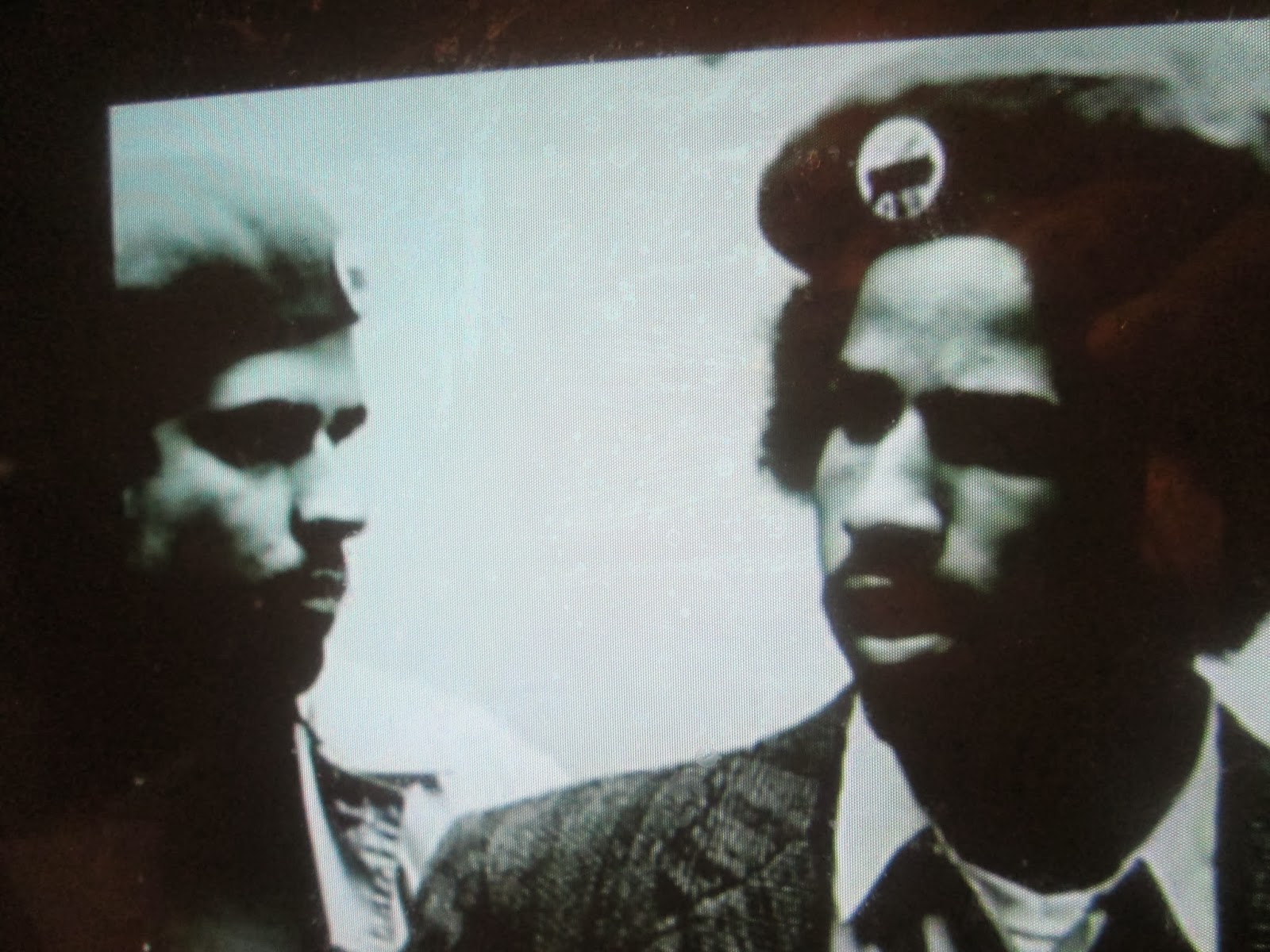 Nia, a member of an Afro-Latino forum that I belong to, asked a question that provoked a lengthy discussion among its members:“ In your opinion, she asked, what are some solutions for bridging the gap between African Americans and Afro-Latinos?” With my having grown up in a mixed African-American and Latino community near Spanish Harlem in New York City, and having worked professionally with large numbers of Latinos in San Francisco and Oakland, where I now live, I see quite a few things that we African-Americans and Latinos have in common.

Times has obviously changed since my youth when I observed and experienced many social interactions and community and political alliances between African-Americans and Latinos, mainly Puerto Ricans. This was especially true on the campus of the City College of New York (CCNY), several blocks from where I grew up, and at my old university, the State University of New York at Albany (SUNYA). In fact, by my junior year, our Black Student Alliance changed its name to accommodate the many Latinos who joined us.

I have black friends in Bolivia, Colombia, Ecuador, Perú, Venezuela, Uruguay, and Argentina who identify with the black struggle here in the US and bear Afrocentric Facebook names such as Martin Luther Shabazz and Kissie Black Panther Olivera, and Misibamba AfroArgentina. I’m sure if they were ever migrate to the US, they would be willing to bond with US blacks, but they will face some challenges:

(1) As Richard, a black Panamanian points out, their loyalty to the Latino community overall will be questioned by fellow, non-black Latinos because they are friendly with those "morenos” and “cócolos” (black Americans). In other words, they will have to choose, will it us or “them.”
(2) Too many African-Americans think only Africa-Americans are black, and if you come from another country and speak another language, then you simply “appear” to be black but really are not.
(3) There are non-black Latinos who do not want to relate to black Latinos as fellow Latinos. Juan, from Venezuela told me that many Latinos refuse to speak to him in Spanish even though Spanish is his first language.

As an 18-year-old college freshman, I was naive and shallow enough to tell an Afro-Dominican to his face that he is not black when he joined our group of black American students on campus to network with the local black American community in town. Fast forward to today, better educated and well traveled and exposed to Afro-Latino language and culture, some African-Americans I meet sometimes look at me and ask if I myself am “black” just because they overheard me speaking Spanish.


I thoroughly relate to Karen who says, “big ups in my Jamaican accent. Living in two worlds is really difficult. For Latinos, my skin is too dark. For blacks there is just something a little different about me that they don't fully understand. Frankly there is a lot of ignorance coming from both African-American and Latino communities,” she adds. As another member of the forum, Kapulani states so succinctly—education, education, education—that's what's needed. Karen points out that a lot of Black Americans aren't even aware that slave ships stopped in the Caribbean and Central and South America. I was talking to a couple from Vera Cruz, Mexico, and they themselves were so surprised when I told them that their hometown was a major slave entry port for Africans being distributed throughout Mexico and Central America.


Personally, my most positive relations with Afro-Latinos occur outside the US in places such as South America and Cuba, where I went legally as part of a cultural exchange program. Here in Oakland, there is a fairly large Afro-Cuban community whom I found to be friendly, but distant. They respect the fact that I've traveled to their country, speak their language, and love their music, but I can feel the invisible line being drawn between them and me because I'm not Cuban, let alone Latino. I remember once reading about Afro-Cuban members of Marcus Garvey's United Negro Improvement Association (UNIA) who emphatically reminded Garvey that they are Cubans first and foremost and black people second.


Ariel, a black Puerto Rican, had me rolling on the floor laughing as she kept reiterating vehemently her frustration with African-Americans trying to teach her how to be “black.” She stresses that she and other Afro-Latinos would love to connect with African-Americans but there needs to be mutual respect for each others' cultures.  “So are we supposed to listen to the same music and eat the same food? She asks. “We have millions of Afro Latinos that follow an African religion. How many millions of African-Americans follow a European religion?” Wow!

I’ve known other Afro-Latinos who crossed over and immersed themselves exclusively into the African-American community, and are extremely reserved about discussing their Latino heritage, even with me—one who enjoys exploring Afro-Latino culture. One black man who was born in Central America and grew up in West Oakland, a rough black community, and told me that his immersion among black Americans was about survival—he needed to fit in. However, Tonio, an Afro-Latino who himself grew up in the hood with African-Americans saw no reason to cross over. He asks, “why do I have to redefine my blackness? Regardless, I stay true to my being "Spanish fly" and “Latin swag” with a multicultural flare.”

Tony, another member from Panama, stated that while studying in Spain, he was out with a diverse group of blacks from Brazil, the African continent, and various Spanish-speaking countries, and spoke of how they were all denied entrance into a club without a logical explanation. He talks about how they were also mocked several times in public or simply denied service. That experience helped him realize that in order to bridge gaps between any groups of African descendants we need to embrace our differences and work together to eradicate hatred that society throws at us including our own self-hatred.  Rosa feels fortunate that her Afro-Peruvian mother raised her to embrace the African part of her bloodline rather than hide it as so many other Latinos do.

James, half Trinidadian and half Venezuelan, born in the US, along with Jíbaro, an Afro-Puerto Rican, and Joe all agree that people tend to observe and focus on the differences and remain blind to our similarities. Finally, John from the Dominican Republic,  states that it should be obvious to all that people of African descent, regardless of nationality and ethnicity, are the most devalued group of people throughout the world. What we must do is face the fact that we're all in this boiling pot together!