Where Are All the “Latino” Movie Stars? 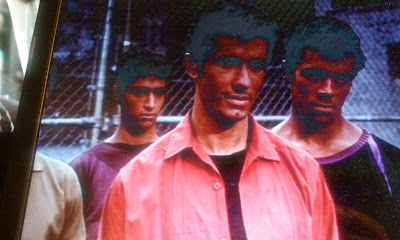 In one of my favorite classics, West Side Story, George Chakiris who played “Bernardo,” a Puerto Rican gang leader, is of Greek ancestry.

One Sunday afternoon, I went to see a play about Puerto Rico during the World War II era. The playhouse was right in the middle of the predominately Latino Mission District of San Francisco. During the intermission, I just happened to be standing outside for some fresh air when one of the few Latino spectators walked by, looked at me, and threw his hands up in the air in disgust. I asked him, “what do you think of the play?” Again, he threw up his hands up and left the area—never to return.

It finally dawned on me as to why he was so upset. The play consisted of American-born actors trying to  “act” Latino. They obviously knew nothing about being Latino, let alone being Puerto Rican. I myself could have done a better job, especially with my Spanish.

I wrote the “Latina” play director expressing my disappointment as I explained to her that I grew up close to a Puerto Rican community and did not feel a Puerto Rican connection from the actors. I asked why she could not find real Puerto Ricans to play Puerto Rican roles considering that they were performing in a predominately Spanish-speaking community. She never responded, and fortunately, never returned to produce another play. 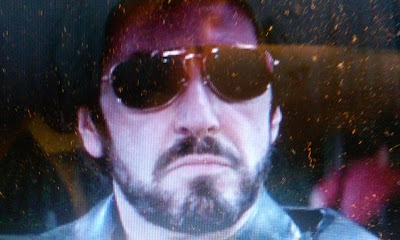 Al Pacino, an Italian-American played the role of a Puerto Rican from Spanish Harlem in the film Carlito's Way.

Although I've been noticing more and more Latinos such as Zoe Saldaña, John Leguizamo, and James Edward Olmos starring in films involving Latinos, I never understood why Hollywood and the stage industry always used non-Latino actors to star in Latino roles in the first place.

The late Natalie Wood who played María, in the classic film and musical West Side Story was born to Russian immigrants. Her real name is Natalia Nikolaevna Zacharenko. Although Natalie made her mark with her excellent performance, I would have felt a greater sense of authenticity with someone of Puerto Rican ancestry taking on that role.

The same applies to the 2000 version of the film Shaft where African-American Jeffrey Wright played the role of a drug lord from the Dominican Republic. I have to admit that Jeffrey Wright did fool me with his performance. He had me believing that he was a real Dominican.

African-American actor Jeffrey Wright (R) did a tremendous job playing the role of an immigrant from the Dominican Republic as he was confronted by “Shaft,” played by Samuel L Jackson.

There was some talk about the film in the making where Whoopi Goldberg will play the late singer Celia Cruz and Samuel L. Jackson will play Celia's husband and manager, Pedro Knight Caraballo. What's the matter, no one thinks that Afro-Cuban actors are good enough to play those roles?

The argument I hear for non-Latino movie stars taking on roles of Latinos in films is that they are a bigger box-office draw. My argument for Latinos taking on Latino roles is that no one knows what it is like being Latino except for a Latino. Many new stars are born when given the opportunity.

I don't care how much I travel to Spanish-speaking countries, or how much of the Spanish-language I learn. I don't care how much reading I do about being Latino, I will never know what being Latino is like the way a naturally born and raised Latino does. This is why when I watch a film or play about Latinos, I want to see Latino performers keeping it real.
Posted by W Bill Smith at 11:08 AM