The Ugly Side of Panamá 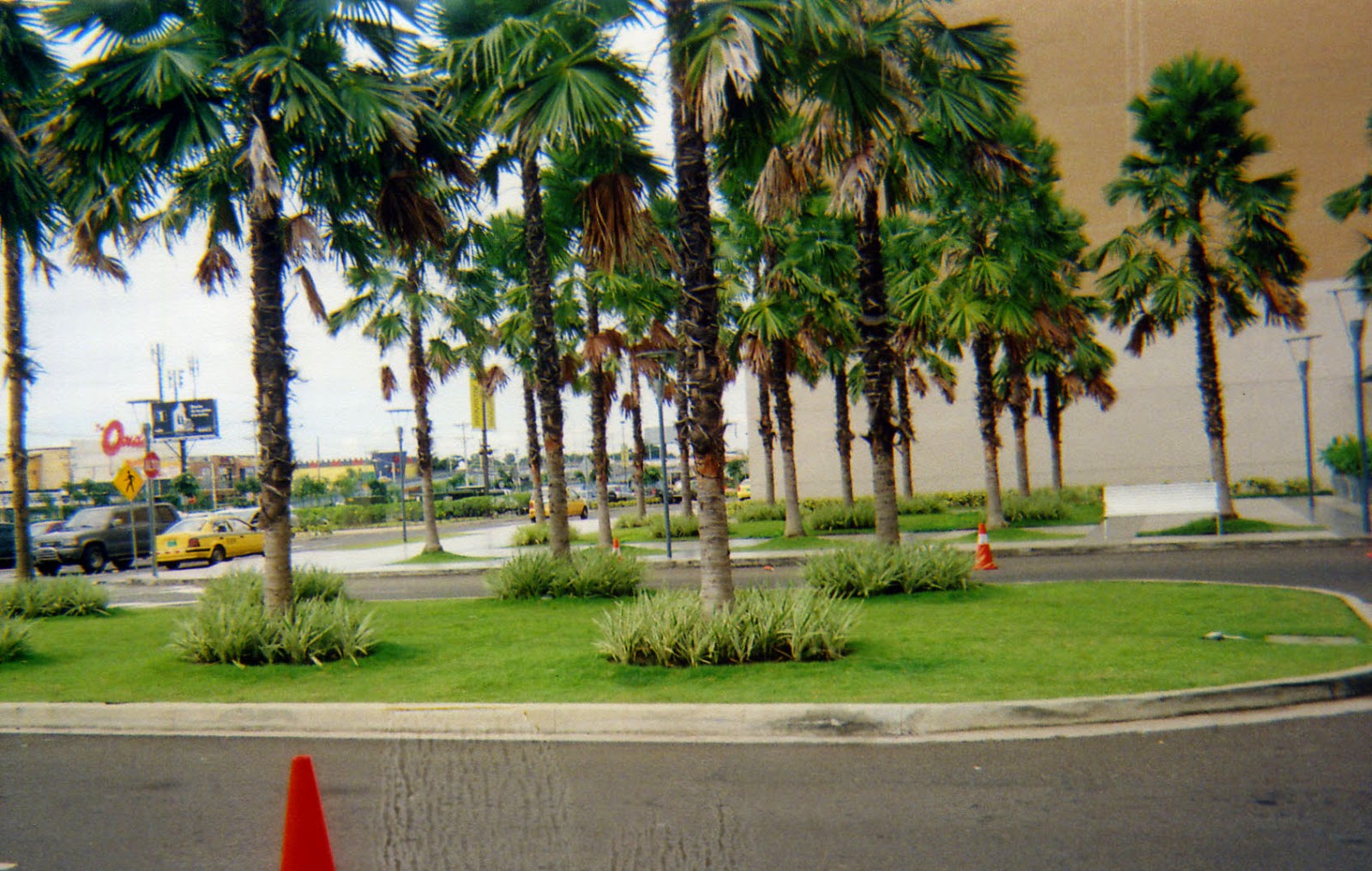 Entrance to the Tocumen Mall in Panamá City

Mario, a Panamanian with whom I hung out in college proudly wore his Converse All-Star sneakers with the scribbling of his hometown of Colón, Panamá. Marjorie, a former co-worker of mine was also highly nostalgic of her country, Panamá, as well. Like Mario and Marjorie, an overwhelming majority of the Panamanians I met in my life were black, proud, and very down-to-earth.

Finally one day, while traveling from Lima, Perú to Cartagena, Colombia, I had the opportunity to get a glimpse of Panamá as I took advantage of a six-hour layover in Panama City. Unlike other Spanish-speaking countries I've visited, I felt very much at home with the high visibility of black employees in the airport.

Having limited time I hung out at the Tocumen Mall, less than a five-minute cab ride. I spent my time checking out the shops, looking at the women, and just absorbing as much of the language and culture as I could. It was around Christmas time, thus everyone seemed mellow and content. This inadvertently enhanced my first impression of the country.


According to International Living, Panamá is rated as the world’s best retirement haven in 2014. With a spate of deserted islands, the Caribbean sea on one side and the Pacific Ocean on the other, Panama sits poised to deliver the best in the world of beaches.

However, as in every country, despite its beauty, charm, and attractions, there is an ugly side to Panamá, which I'm learning from personal testimonies of fellow African-Americans who, unlike I, spent considerable amount of time in this tropical paradise.

One wealthy, black business woman from Brooklyn, NY stated so eloquently in her blog post, Traveling with Racism, how she was deeply disappointed upon her arrival in Panamá to find the sheer amounts of black people who were visibly poor, living in makeshift homes along feces infested rivers, children playing bare foot and begging for food, and the vast amounts of heavily-armed police officers pushing black folks aimlessly on the streets.


She then could not help but notice the palm trees that lined the president's home, which sits right across the highway from some of the most deplorable living conditions she has ever seen.

One day, she attempted to enter a store that sold exclusively Western goods like Lancome makeup and Dior fragrances. The black security guard stood front and center and stopped her. He accused her of being a good-for-nothing negro trying sneak her way into a high end store. After presenting her passport and telling him that she is an American, the otherwise arrogant guard apologized profusely, and allowed her access.

The one thing that this sister and I have in common is that during our travels, we prefer to connect with members of the African diaspora without having to use our American passports to distinguish ourselves from our brothers and sisters unless it is absolutely necessary. Such as the evening I took a bunch of friends out to dinner and found it more convenient to use my credit card. Handing over my “American” passport along with the card gave me top credibility.

Then we have Bishop, an African-American English teacher who described in his blog post, Locked Up in Panama—Walking While Black, how he was at a neighborhood parade where everyone was dancing to percussion instruments. As the evening progressed, the party died and the people dispersed.

Bishop was heading back to the family home where he was staying when the police hopped out of their patrol cars like the gestapo with M16s and Uzis drawn demanding to see his ID. Bishop presented his US passport and explained, in English, that he is an English teacher. Speaking English, and not Spanish, when stopped by the police was advice given him by his white co-workers, which has gotten them off the hook. There was no such luck with Bishop.

The officer then demanded “plata” (a cash bribe to be let go). Because Bishop had less than a dollar on his person at the time, he was hauled into the back of the police truck at gunpoint and handcuffed to another detainee. A detainee who was apprehended while walking down the street with his three-year-old daughter.  The cops took him and left her in the street.

After being thoroughly searched at the station, there were no charges, no rights being read, and no phone calls. When the officer opened the cell door, Bishop looked at the officer and asked “por que (why)?”  The officer motioned with his Uzi to enter the hot, smelly, 8ft x 8 ft cell that he shared with 6 other men.

Panamá, like many other countries has its share of racism and human rights violations. This could have happened to me in when I crossed the border from Ecuador into Perú as I was stopped by the the Peruvian National Police because they thought I was either an illegal alien or a drug trafficker.  Cops in Latin-American countries are terribly underpaid and often depend on bribes to make ends meet, which was the case with Bishop.

Had I known better, I would have responded to the aggressive officer in English, and not Spanish. However, I was still fortunate. Although this officer himself appeared desperate for a bribe, he also seemed to be touched by my story of traveling to explore black cultures in Latin-American countries, and the fact that I was staying with a prominent Afro-Peruvian family.

Who knows, perhaps this officer himself may have blacks in his own family. A large proportion of brown and white Latin Americans have an African presence in their family tree than most are willing to admit.