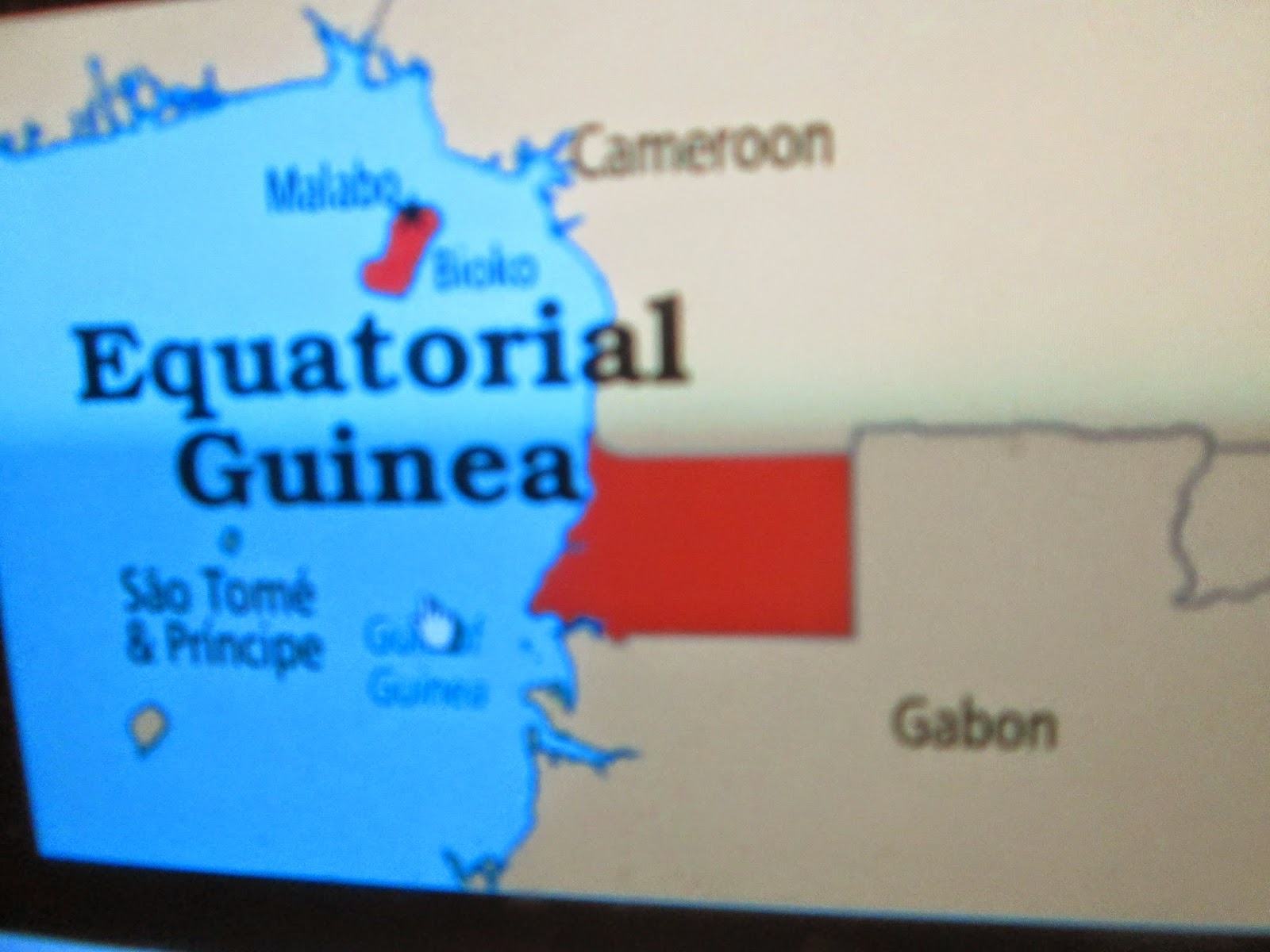 The Republic of Equatorial Guinea is a small former Spanish colony in West Africa near the equator. The nation is divided into two parts; the mainland, which borders Cameroon and Gabon along with several small offshore islands.

The Fang people constitute 80% of the population and are themselves divided into 67 clans. The Bubi, who constitute 15% of the population, are indigenous to the nation's off-shore island of Bioko. In addition, there are coastal tribes, collectively referred to as Ndowe or "Playeros" (Beach People). Together, these groups compose 5% of the population. Two small groups of pygmies also inhabit the country, the Beyele and the Bokuign, Their population is dwindling..

The Portuguese explorer Fernão do Pó, seeking a path to India, was the first European to arrive in Equatorial Guinea via its island of Bioko in 1472. He called it Formosa (Beautiful), but in 1778, the island, adjacent islets, and commercial rights to the mainland were ceded to the Spanish Empire in exchange for territory in the American continent.

From 1827 to 1843, the United Kingdom established a base on the island to combat the slave trade which was then moved to Sierra Leone upon agreement with Spain in 1843. By the year,1959, all three regions were united as the colony of Spanish Guinea. Equatorial Guinea gained independence from Franco's Spain in October 1968.

Since the mid-1990s, Equatorial Guinea has become one of sub-Sahara's largest oil producers behind Angola and Nigeria. The country has all the ingredients to be a success in Africa with big oil reserves, low debt, fertile land, and a small population of less than 800,000 people. Driven by oil and natural gas production, Equatorial Guinea boasts the highest level of per capita income in all sub-Saharan Africa, at $22,300 per year, or roughly four times more than South Africa and about the same as Portugal, according to the International Monetary Fund.

Inronicaly, despite the country's good financial standing, a good three-quarters of the population live below the poverty line. A dictatorship, fosters corruption and undermines economic development.  It is very common to see officials asking for bribes around the the country.  Vast oil revenues fund lavish lifestyles for the small elite surrounding the president. Human Rights Watch describes the problem bluntly, saying that “corruption, poverty, and repression continue to plague” the nation.
Posted by W Bill Smith at 3:02 PM