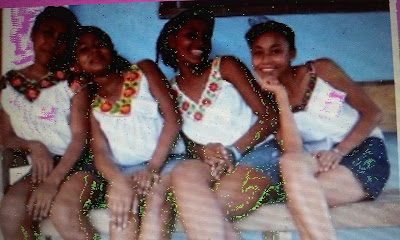 One Afro Latina expressed her frustration of going out among people of her own culture sharing the same language, and even the same national roots, but found herself pandering for acceptance. She eventually got tired of being treated as though she is invisible and became dismissive and more outspoken about being Black, Latina, and Proud!

I vividly remember one morning riding a bus in Oakland, California. There were two women standing over me conversing in Spanish. After offering my seat to one of the ladies in Spanish, they both laughed hysterically because they could not believe a black guy was speaking them in Spanish. It was like a freak show.

The two quieted down after my little lecture because they knew I was making sense. However, I got just a little taste of what black, white, and Asian Latinos must go through. A black friend of mind from the Dominican Republic, Francisco, told me that he would often rattle off a long series of Spanish sentences to convince non-black Latinos that he indeed is Latino, especially when they respond to him in English. Considering that real Latinos come in ALL colors, why does he have to prove himself?