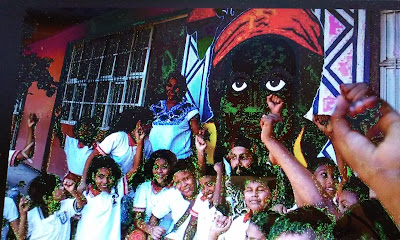 Mexico's State of Morelos near Mexico City was named after
a half-black, half indigenous hero of the Mexican revolution


If you drive through the countryside of Vera Cruz Mexico, you will pass through cities and towns with African names such as Mozambique, Matamba, Mocambo, Matamba, Mozomboa, Mozambique, and Mandinga. Yet, I meet an astounding number of Mexicans (and Mexican Americans) who are clueless about their own black heritage.

Even Mexicans coming from areas with a relatively large population of African descendants were surprised to even learn from me, of all people, that Mexico imported African slaves through the Port of Vera Cruz, and that the resort city of Acapulco is in a state named after a half-black/half-mestizo former president and liberator of Mexico. 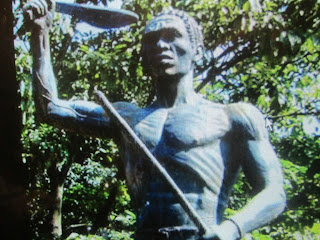 
Then, there is the town of Yanga, named after Gaspar Yanga, originally from what is now the nation of Gabon, West Africa, who organized a slave revolt, and won their freedom from Spanish slave owners, and established the first free black town in the western world.

With Mexico's rich black history stemming from her involvement in the notorious slave trade, why are so many Mexicans and Mexican Americans not privy to Mexico's African influence, and think it is such a joke if you even hint that they too might have a great grandfather or mother who happens to be black?

More than one black citizen, born and raised in Mexico and knowing no other country, were seized and deported because the Mexican police did not believe that black folks could be Mexican. One black Mexican was deported to Honduras and another to Haiti despite having Mexican ID. With the help of the Mexican consulates they were able to return but were offered no apology or compensation. Other blacks racially profiled by the police were forced to sing the Mexican National Anthem to prove they were Mexicans. 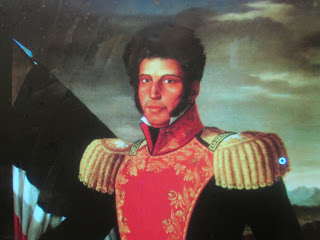 The resort city of Acapulco is in the Mexican state of Guerrero named after a half black, half mestizo who was former president of Mexico and liberator from Spanish colonial rule


The story of Mexico's black population has been ignored and erased from history. Mexico's state of Morelos, named after the former Mexican revolutionary José María Morelos of African and indigenous heritage, according to a Afro-Mexican heritage organization, had his photos altered by Mexican authorities to erase Mexico's heavy African presence from the slave trade, and gave his appearance more of a white presence in Mexican schoolbooks.

The efforts of the black Mexican activists' have born some fruit. The 2015 interim census for the first time gave respondents the option to identify themselves as black (in Spanish, “negro”), though this is not a term used by all Afro-Mexicans, many of whom call themselves moreno (dark), or use other, local terms to describe themselves.