I Am Proud of this Historically Black Peruvian Team 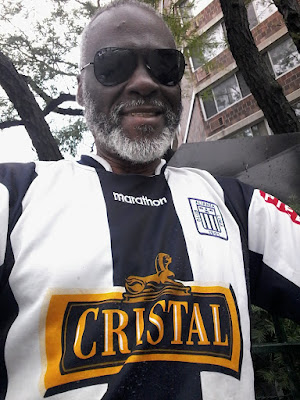 
As I strolled through one of Lima, Perú's most dangerous districts, La Victoria, where a stadium is located housing Perú's famous Alianza Lima soccer team, no one gave me a second look, let alone tried to harm me. Word on the street is that no one messed with me because they though I was “familia” (Afro-Peruvian). 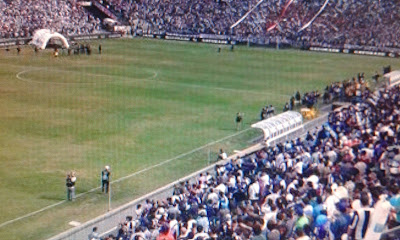 Instead, people came over to me jubilantly shaking my hand; others drove by giving me the thumbs up and honking their horns shouting ALIANZA LIMA-A-A-A-A-A-! These folks are hard-core fans of their local soccer team. It was the jersey that I was wearing that attracted so much positive attention for I too, like Barack Obama, by the way, am a fan of Alianza Lima. 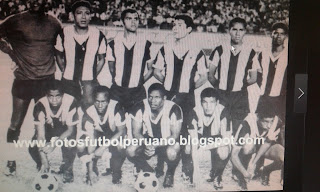 To help ensure my safety, I flagged down three different taxis. When I told them that I wanted to see La Victoria. They simply looked at me trying to keep from laughing, then drove off shaking their heads. I finally hired a taxi to show me around. The only time I got out of the taxi was to take pictures of Alianza Lima's stadium, named after the black superstar Alejandro Villanueva, considered the first great soccer player in Perú's history. 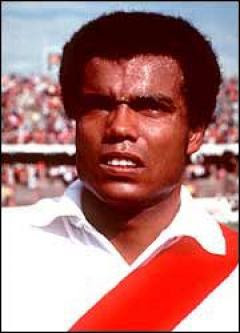 Several days later, I got a little bolder and took a combi (van serving as a bus) into La Victoria's main square and started walking around. Someone greeted me with the words, ¿Qué pasó, familia? (what's up, bruh?) I just smiled, waved, and kept stepping. He most likely thought I was Afro-Peruvian, I didn't want my gringo accent to reveal otherwise. 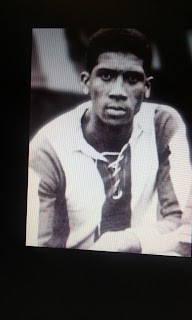 
The reason I'm so fascinated with La Victoria and its team Alianza Lima Grone (Grone is Negro spelled backwards) is that this historically black team has won over 22 national titles. This is the team that produced black superstars such as Alejandro Villanueva of the 1930s and Teófilo Cubillas who was part of the Peruvian national team that won the 1975 American Cup and reached the quarter-finals at the 1970 and 1978 World Cup competitions.

After several trips to Perú, I made friends with a black family from La Victoria and rented a room on their property for several nights. In this community, hardly anyone speaks any English so all of my communication was in Spanish. However one evening, I happened to pass by a Peruvian National Police officer; as our eyes met, I guess he can tell by the way was was walking (swag movements) that I am black American, he blurted out in English, "how ya doin, man?” LOL.

Nowadays, Alianza Lima is no longer a black team. After so many black athletes proved themselves on the soccer field decade after decade, other teams that did not recruit blacks started bringing them on board.