I Get So Many Inquiries About Ecuador 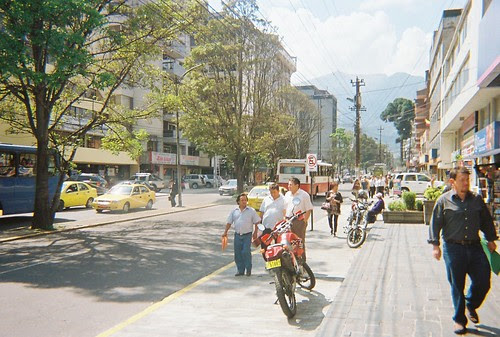 I'm hardly an expert on Ecuador, or any other Latin-American country to which I've traveled to nine thus far. Yet, most of the inquiries about my Latin-American travels are about Ecuador. My blog is based on personal experience and I welcome the opinions and personal experience expressed by others. In another one of my blog post, a woman from Quito, Ecuador got very upset with me because of some things I wrote about her city; things strictly based on my own first-hand experience.

Recently, I received an e-mail from one of my blog readers who wants to take a Spanish language immersion course in Quito, Ecuador's largest city or in Cuenca, the third-largest city. Immersion training is the best thing for anyone who wants to learn another language. I took similar courses in Cuba and Perú, which helped me considerably as I went out into the community and put to use what I learned in the classroom and from  my own self-study out of books. However, Ecuador's Spanish-language schools reportedly are not only very good, but very cheap. You can take private lessons for under $7 per hour.

The blog reader who e-mailed me also expressed an interest in visiting Ecuador's black communities of Valle de Chota in the Andes and Esmeraldas on Ecuador's coast like I did, which I posted in several of my blogs. I was fortunate enough to meet some fine black Ecuadorian friends, such as an Afro-Ecuadorean Studies consultant at the University of the Andes in Quito among others. I also made Facebook friends with people from provinces of Cuenca, Guayas, Esmeraldas, and Imbabura.

I've never been to Cuenca, but it is of my understanding that it is not as racially diverse as other cities. One Afro-Ecuadorean living in Cuenca told inboxed me on Facebook before my first trip telling me that if I want to meet Afro-Ecuadoreans, my best bet is to go to the northern coast of Esmeraldas. However, I met blacks in Loja in Southern Ecuador, and of course in Quito and Guayaquil. However, Esmeraldas is the black capital, where historically, it is the home of descendants of escaped slaves who fought for their liberty—Nat Turner style and won.

The one thing Cuenca has over the other big cities is less crime, although that has begun to change, especially with the increasing arrival of so many gringos from North America and Europe taking advantage of the great weather and one of cheapest costs of living in the world..The cheap cost of living applies to all of Ecuador, not just Cuenca. Ecuador is growing as one of the most attractive retirement destinations, especially for those living on solely social security.
Posted by W Bill Smith at 7:29 PM No comments: