The friendly, pleasant demeanor of Venezuelan women was one of the most memorable part of my trip.

It was Thursday, December 1, 2011, when I stepped off the plane in Caracas, Venezuela; got cleared by security and immigration, and made it onto the main floor of the Maiquetia International Airport. It was so refreshing to notice how friendly, conversational, and relaxed the women are as one had no qualms about asking me about my luggage. Mind you, there is not a city in the United States that comes close to the crime statistics of Caracas, and that includes Detroit, St. Louis, and Oakland. In fact, I have a co-worker from Caracas who feels “safe” in Oakland.

As I passed through the airport, I noticed a Black Venezuelan woman looking at me intently. I gave her a joyful smile, not out of flirtation, but out of happiness to see a sistah (a soul sister). Because of my smile, she looked at me even harder seemingly thinking we might know each other. I didn't have time to stop and chat because I was looking for someone who arranged to pick me up. 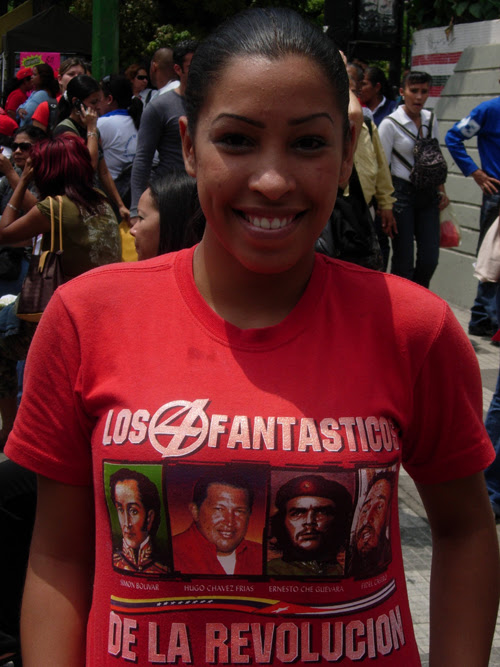 While I was riding the metro train, a white Venezuelan woman overheard me speaking English with my friend and guide, María, and I couldn't help noticing this woman watching me with a delightful smile. I immediately greeted her in Spanish and made lightweight conversation of which she seemed very pleased. “Buenas días, buenas tardes, buenas noches,” I would say to various women in my presence, and they would all respond with genuine warmth; not lust, not romantic interest, simply warmth. Almost every time I'd smile at a woman, she'd give me a happy, enthusiastic smile in return; not in a come-on kind of way, but out of friendly enthusiasm. The last time I smiled at a woman in San Francisco, CA, where I work, she immediately picked up the pace of her stride, and created as much distance from me as possible. 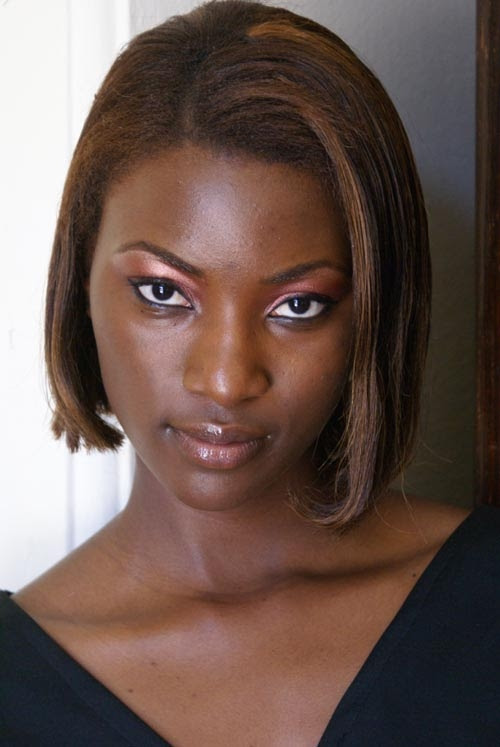 In the predominately Black Region of Barlovento, one woman referred to me as primo when I greeted her on the street. Primo literally means cousin, but in Venezuela, it is a colloquial expression suggesting familiarity. As I was heading back to the airport to catch my flight to Miami, a woman who doesn't know me from Hugo Chávez sat next to me on the bus and made conversation with me until she reached her stop.

During my whole trip to Venezuela, I encountered no negative attitudes, defensiveness, nor the paranoia that I'm so accustomed to experiencing in the United States of America. The friendly, pleasant demeanor of Venezuelan women (next to eating empenadas) is the most memorable part of my trip.

Email ThisBlogThis!Share to TwitterShare to FacebookShare to Pinterest
Labels: Venezuela 
Black Venezuelans played a decisive role in their country's War of Independence. South American liberator Simón Bolívar thoroughly understood the strategic importance of black soldiers and abolished slavery in 1812 and again in 1816. Bolívar being a slave master himself freed 1,000 of his own slaves, and recruited 5,000 slaves into his army.

One of Bolivar's most famous lieutenants, Pedro Camejo, is known in Venezuela's history books as "El Negro Primero (The First Black)," because he was always the first to ride into battle. The only statue commemorating a black person in Venezuela is that of Pedro Camejo, one of Simón Bolívar's famous Lieutenants. A statue of El Negro Primero today stands in the Plaza Carabobo in Caracas. 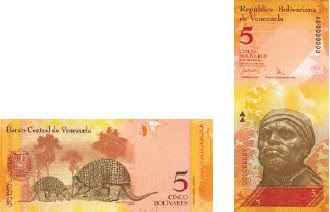 A Black (and Brown) Ghetto in Venezuela

During my trip to Venezuela, I had two caring Couchsufing hosts. One picked me up at the airport and we hung out all over Caracas before going to his home where I met his family and his girlfriend. He hooked me up with an exchange rate of eight Bolívares Fuertes to a US dollar. The next day, after lunch, he passed me on to my other couchsurfing host who had me sleeping on a “real” couch (no problem at all). She then woke me up at 6am and accompanied me on a two-hour bus ride to Higuerote in Venezuela's Region of Barlovento where her family lives.

The Region of Barlovento is west of Caracas, the nation's capital, in the state of Miranda going towards the Caribbean Sea. It is famous for its cacao and is considered to be among the best in the world. During the Trans-Atlantic slave trade, the Spanish imported slaves from Africa to work on cacao plantations, from which cocoa, cocoa butter, and chocolate are made and exported to Europe creating wealth for the slave masters. Barlovento eventually became one of the many runaway-slave settlements called cimarrónes. By the time slavery was abolished in the 1820s, a significant number of free blacks were settled in Barlovento. Most of these ex-slaves and descendants of these ex-slaves continued the legacy of cacao production in the region.

This was my primary purpose of visiting Venezuela and I wanted to spend most of my time in Barlovento. As a hobby, I explore black cultures in Latin American countries and I wanted exposure to Afro-Venezuelan culture. It is of my understanding that Jesus “Chucho” Garcia, author of the book “Africa in Venezuela,” grew up in Barlovento and started an Afro-Venezuelan Network in this town of Higuerote.

Higuerote, from my two-day observation is like any hood in the US, primarily black, brown, and poor. Only the poverty is much worse in Higuerote. The most outstanding difference between Higuerote and the hoods in the US is that they speak Spanish Ebonics and listen to Latin music. I say Spanish Ebonics because in every community where there is a history of the African slave trade, be it in English, Spanish, Portuguese, French, or Dutch, you can hear a certain dialect, an accent that is different from white or mestizo society. Other than that, the energy was the same; poverty, oppression, attitudes, and survival, along with Chinese and Arab store owners.

My friend, María, who accompanied me to Higuerote from Caracas kept warning me to be careful. She cautioned me not to hang out at the beach at night and to keep my eyes open to what is going on around me. María went on to explain that even thought I may look like I'm part of the community in terms of skin color, my accent and my mannerisms are a dead giveaway that I'm a foreigner, and people might try to take advantage of me or even rob me.

In all fairness, I have to say that I was only in Barlovento a couple of days. I didn't get a chance to see the Afro-Venezuelan Network, Afro-Venezuelan tambor performances, or cacao plantations like I had planned. I had to get back to the airport to catch my flight to Miami.
Posted by W Bill Smith at 6:50 AM No comments:

The African diaspora is vast. Because of the slave trade and natural migration, African-descended people can be found living in and influencing cultures all over the world. A new series, ‘Negro,’ takes a look at another part of the diaspora and explores issues of culture, ethnicity, colorism and the media’s portrayal of Latinos. If we used the media as a guide, we’d think that all Latinos were the same: Fair-skinned, stereotypically “hot blooded,” catholic, and tending to come from a particular region. But the truth is far deeper.

Latinos are incredibly diverse, live all over the globe, and have a range of experiences that have yet to be shown in the mainstream media. Because of this, journalist and filmmaker Dash Harris has set out to tell her story, and those of other Latinos. Born to Panamanian parents, Harris says she wanted to make this documentary to show the world that Latinos are not a monolith. “We have a complex history that shows we come in all colors and hues and the denial of that history really upset me growing up,” Dash explained. In ‘Negro,’ Harris travels around the world chronicling the Latino experience and its historical roots.

Although the documentary takes a look at the ways in which African-descended people have influenced Latino culture (and how some Latinos self-identify), Harris finds the term “Afro-Latino” redundant. “I do not identify as ‘Afro-Latino’ because to me, it’s redundant,” Dash explained to me. “The definition of ‘Latino’ is African, indigenous and European. So to me it’s just repeating what we already are. I am Latina and I am a Black woman.” So far, Harris has traveled to the Dominican Republic and Colombia to interview people on the Latino experience, and she’s hoping to raise $5000 to visit Salvador, Brazil, Puerto Rico and Cuba to continue to tell the story. Whether you can or cannot relate to Harris’ background and experience, encouraging (and supporting) her to tell her life story helps other women do the same.

Watch the first part of Harris’ docu-series, ‘Negro’ and check out her GoFundMe page to learn how you can donate for future episodes.


by Dash Harris
InADash Media
Posted by W Bill Smith at 6:26 AM 14 comments: