Where Have All the Ricans Gone? 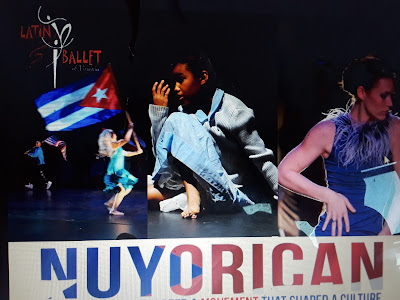 People often ask me why do I speak Spanish or when they hear me listening to Latin music, they wonder if I am Latino. The answer is that I was inspired by my Nuyorican neighbors at a young age while growing up near New York's Spanish Harlem. Because of my Puerto Rican influence, I also felt inspired to travel through nine Spanish-speaking countries to immerse myself in the language and the culture.

I had a nice chuckle in Ecuador when a cab driver asked me if I was from a Spanish-speaking country in the Caribbean. In other words, he thought that my Spanish sounded Puerto Rican (or Nuyorican). I've heard similar comments from Mexicans and Central Americans while living in California.


I spent my teen years listening to the likes of
the Lebrón Brothers of Brooklyn, NY

After spending the bulk of my adult life living in Oakland, CA, I returned to New York where I feel more in my element because the city better meets my diverse, cultural tastes, which includes its large Afro-Latino community.

However, a few years before my return to New York, a Puerto Rican friend from college told me over the phone that a lot of Puerto Ricans are moving out of New York. I never grasped the magnitude of such a move until after I had been back for a couple of years.

Band leader and trombonist Johnny Colón's music of Spanish Harlem, NY was a big influence on my life.

Back in the day, nine out of 10 Latinos I would meet in New York were Puerto Rican. Today, nine out of 10 I meet are Dominican. No disrespect to the Dominicans because during my visits to New York while living in California, I sought to familiarize myself with Dominican culture, such as venturing into Washington Heights, known among Dominicans as Little Quisqueya. Quisqueya is the old name for the Dominican Republic before the Columbus invasion, a country that is on my list of places to visit.

Although, I love bachata music (Dominican), I miss hearing the Nuyorican sounds of Eddie Palmieri, Ray Barreto, and Pete Rodriguez, which I love even more, while walking the streets of Manhattan and the Bronx. It is obvious that when I returned to New York, I only returned to a memory missing the Nuyorican community.
Posted by W Bill Smith at 1:10 PM No comments: