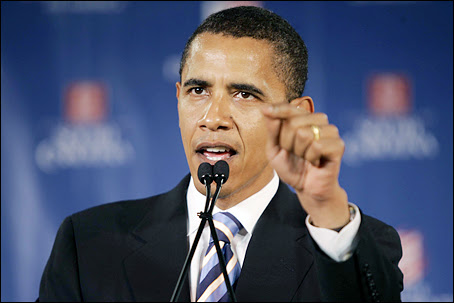 As staunch supporter of Barack Obama, his policies on Cuba is one of the areas where he and I part company. During his presidential campaign, Obama promised to lift restrictions on travel to Cuba and even promised to lift the trade embargo. I'm now feeling let down because he seems to be trying too hard to please the very people who, almost unanimously, have such a fervent desire to see him fail as president.

I proudly state on my résumé that I studied Spanish at the University of Havana, only having to explain (proudly) when challenged during job interviews that I was there “legally” through Global Exchange, based in San Francisco, CA. Global Exchange was licensed by the U.S. State Department to send people to Cuba for studies in Spanish, music and dance, history and culture, and even sponsored bicycle tours, among other activities. This was years before the George Bush administration tightened restrictions on travel to Cuba, causing Global Exchange to lose its license from the State Department in sponsoring those educational and culturally enlightning trips.

In Cuba, I saw first-hand how U.S. government policies are hurting innocent men, women, and children, who feel no animosity whatsoever towards American people, much more than it is hurting the Castro administration. As a visitor, I felt nothing but love and admiration from ordinary, everyday Cuban citizens who boast 100% literacy and universal health-care in their country.

There was Luisa whom I befriended only for the purpose of learning and experiencing life from an Afro-Cuban perspective who did not waste any time begging me to take her home to the United States. And it was not because she was in love, not hardly! She was economically desperate and tired of being hungry. There were times I wanted a bite to eat, and casually took her along to a local fast-food place called El Rápido (meaning Fast), which is similar to Church's Chicken. To her, this was luxury.

The good news is that Obama lifted “some” of the restrictions to travel to Cuba.