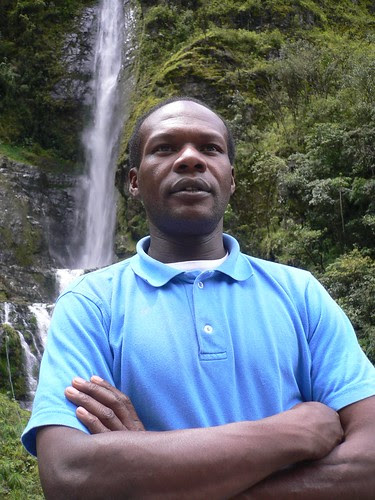 If Barack Obama is President of the United States, why shouldn't an Afro Latino be in parliament here in Bolivia?

One day on BART, a commuter train in San Francisco, I was in a conversation with two black guys; one from Cuba and the other from Colombia. Because the Colombian speaks limited English, the three of us carried on our conversation in Spanish. I got a real thrill from watching the reactions of Whites, Asians, African-Americans, and Latinos reacting in astonishment because three "brothas," LOL, were conversing in Spanish. I just love seeing stereotypes being smashed :-) As I began to improve my Spanish and increase my knowledge of Latin American history and culture, I was even more pleased to learn that there are more than 150 million people of African ancestry living in countries from Mexico all the way down to Argentina.

However, When I'm around Afro-Latinos, I seldom bring up the subject of race until I learn their individual level of racial pride. Instead I may bring up race indirectly by talking about heavily populated Afro-Latino areas such as La Costa Chica in Mexico, Bluefields in Nicaragua, or Arica in Chile. This is because I learned that many Afro-Latinos, not all, but many were programmed by their respective societies to believe that they are not black. I was teaching my goddaughter Daniela, of Perú, a game of chess. I told her that I would take the black pieces because I am black. She immediately tapped her arm and said she is black too. I felt proud that she recognized her identify even though she is the only black in her family. 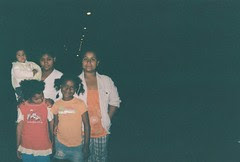 My goddaughter Daniela of Chincha, Peru,
is the only black in her family.

In the Dominican Republic, dictator Rafael Trujillo who ruled from 1931 until his assassination in 1960, told his black population that if they have one drop of white or Indian blood, they are not black. I had a good laugh at Burger King when I was told by Spanish-speaking employees that their manager, an Afro-Mexican, was not black. Mind you, I already had a conversation with this woman looking right at her. I'm not colorblind, you know; LOL. A young Puerto Rican woman out of Chicago told me that the term "black" only refers to African-Americans. I asked her if she has been to the Puerto Rican towns of Loiza or Catalina where there are still cultural and linguistic ties to Western Africa. She responded with a tirade about my being a self-loathing African-American. I had no clue as to what that comment was about. What I tried to remind her, assuming she is as educated as she says, was that there are black people of many different cultures who speak many different languages. In fact, in the Western Hemisphere, there are more blacks who speak Spanish than English.

After my visits to several Latin American countries and from interacting closely with Afro Latinos; observing how blacks and browns mix freely with one another, including marriage, I can understand why so many black Latinos are confused about their race. It is common for blacks to have non-black relatives and vice versa. In nations where racism is swept under the rug, and interracial marriages were never outlawed but encouraged, Afro Latinos embrace their nationality and culture first, and their race second, if at all. My goddaughter Daniela of Perú is the only black in her family as a result or her mother´s relationship with a black Peruvian man. It would be a culture shock for her to come to the US where race is clearly defined and be forced to take sides by putting her color over her nationality, culture, and most importantly, her loving family..

Yet, there are Afro-Latinos who do celebrate racial and cultural pride such as the late authors/poets Nicolás Guillen of Cuba, and Nelson Estumpiñan Bass of Ecuador. Renown singer Susana Baca, Perú's Minister of  Culture. Jaero Varela of Colombia, leader of the hot salsa band Grupo Niche, expressed black pride in his music. With the election of President Barack Obama, even more Afro Latinos have been embracing their black heritage.